music friday: george floyd, oscar grant, breonna taylor, eric garner, travon martin, ahmaud arbery, and on and on and on

If there really was a god, that prick's hands would have caught fire the second he picked up the bible.

Planet of the Humans has pissed off a lot of people. It's a documentary, made by environmentalists, that takes the movement to task for what is seen as its failures. In "Planet of the Censoring Humans", Matt Taibbi writes, "In Planet of the Humans, [Michael] Moore and Gibbs make a complex argument. In essence, they charge that people have become dependent upon the high-consumption lifestyles made possible by fossil fuels, and that it’s our addiction to that way of life, as much as to fossil fuels themselves, that is driving humanity off a 'cliff.'"

Taibbi's focus is on censorship more than the environment, and it is true that Planet of the Humans has gotten a lot of what amounts to free publicity because of attempts to shut it down. It's not entirely fair to accuse the film makers of milking the controversy ... the film is available for free, it is not as of now a profit-making enterprise ... but Michael Moore's gift for self-promotion is well-known, and it's hard to be sure what he's up to. I imagine he would argue that it's irrelevant, that the only thing that matters is the subject of the film.

Josh Fox is a leader in the attacks on the film. His essay in The Nation, "Meet the New Flack for Oil and Gas: Michael Moore", details many of his complaints.

The discussion surrounding the film is almost entirely about its content ... the form is apparently irrelevant. And I'm succumbing to that problem myself, I admit. The form matters, though, as it always does with films Moore is involved with. Moore creates propaganda, and the criticisms always come from the people he is attacking. What makes Planet of the Humans different is that the people under attack have supported Moore in the past (because they agreed with his propaganda). I, like others, may be making too much of Moore's involvement. I was surprised at how little presence Moore has in the actual film. It's really a Jeff Gibbs movie; he wrote, directed, produced, and is the main character, the way that Moore usually is in his movies. Moore seems to be the public face of the film, because of his notoriety, I suppose, and because of that gift for promotion. The film shares some of Moore's muckraking use of editing to make its points, even when that editing is unfair. Ultimately, it's not a lot different from a typical Michael Moore movie. I like his movies, I'm glad they exist, but I don't trust them, even when I agree with them.

One place where I think the critics are missing the point comes when they accuse the film of pandering to the notion of population control as essential, the criticism being that population control is often related to dark notions of "culling the populace". But the central point of the film isn't that there are too many of us (although that is presented as a problem), it's that we aren't doing enough to change our way of living. The problem isn't too many people, it's too many consumers. The enemy in Planet of the Humans, as in most things Moore is associated with, is capitalism. It's hard to miss this point, but apparently lots of people aren't seeing it. So Gibbs and Moore are seen as "flacks for oil and gas", when the film isn't pro-fossil fuels, it's just a critique of the current environmental movement, which, according to the film, has gotten too cozy with capitalism. It's ironic that the film argues against the movement's capitalist-friendly approach while being accused of promoting fossil fuel usage.

In the end, the criticisms of Planet of the Humans are well-taken. As is usual in his films, Moore (and Gibbs, it's really hard to separate the two) plays cutesy with facts. He is always easy to criticize. As I say, the only difference here is that it's the left doing the criticizing.

Meanwhile, there's an elephant in the room ... well, that's not the right way to say it, it's an elephant that isn't allowed into the room. Nowhere in the film (and nowhere in the critiques) is the question of nuclear power addressed. It's possible that Gibbs/Moore would include nuclear power alongside all of the other hoped-for scientific advances like solar and wind power as misguided attempts to maintain a lifestyle that no longer works. But I have to try and guess that, because nuclear is never brought up. Those of us who think a serious re-examination of nuclear power is long overdue can not be encouraged by this film, or the controversy surrounding it.

Here is an interview with the film makers where they try to address the criticisms:

And here is the movie itself, back on YouTube, at least for now. Watch it yourself, examine it for yourself.

another day in berkeley

A video from Pedal Born Pictures, made for Berkeleyside:

"It’s culturally significant that May the fourth is now mainly about Star Wars in this country instead of Kent State."

shelter in place: the trip that never was

Everyone has a story to tell about the virus. Ours is minor compared to most. It grows out of privilege, and we aren't suffering.

I like to trot this out. There is a famous paella place on the Burriana Beach in Nerja. It has a long name, but everyone calls it Ayo's after the man who runs it. (He's in his 80s, I hope he's still with us.) In 2009, an Andalusian TV network, Canal Sur, visited Ayo's and the reporter took a turn helping Ayo cook. At about the 1:40 mark, someone special turns up for a few seconds.

We had already paid for all the plane fares, hotels, apartments, etc. Everyone is very nice about allowing us to postpone our visit at no extra cost, but so far, no one is actually refunding our money. Which is fine, except we were/are flying Norwegian, and we keep hearing that airline is going bankrupt, so we might want our money from them sooner rather than later.

Here is a little something I've been thinking about lately. No, I don't read French ... I've been reading this in translation for most of my life. But I thought it might be worth going with the original here.

Here is one of the English translations:

And, indeed, as he listened to the cries of joy rising from the town, Rieux remembered that such joy is always imperiled. He knew what those jubilant crowds did not know but could have learned from books: that the plague bacillus never dies or disappears for good; that it can lie dormant for years and years in furniture and linen-chests; that it bides its time in bedrooms, cellars, trunks, and bookshelves; and that perhaps the day would come when, for the bane and the enlightening of men, it would rouse up its rats again and send them forth to die in a happy city. 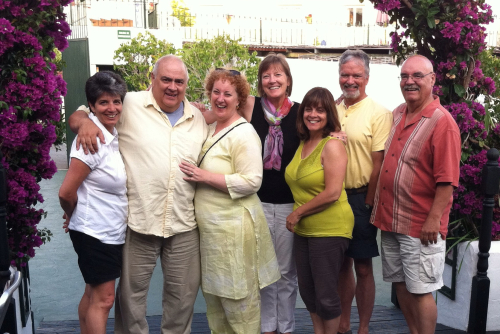 And the view from the balcony of "our" apartment: 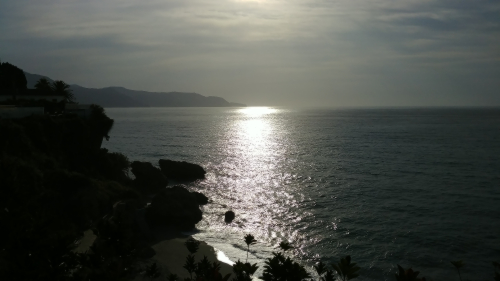 kamau right now: the state of the 2020 election

Last night we attended "Kamau Right Now: The State of the 2020 Election". It felt good being among like-minded people, and the Roda Theater at Berkeley Rep (I think the capacity is 600) was full. W. Kamau Bell welcomed several guests: Alicia Garza (co-founder of Black Lives Matter), Jamilah King (Mother Jones), Robert Reich (what hasn't he done?), and Carroll Fife (Alliance of Californians for Community Empowerment).

Bell was the perfect host for this event, a stand-up comedian and activist who has hosted many interview programs, and who has lived in Berkeley for several years. All of his guests brought a little something different to the table, although they were all leftists (as were most/all of the people in the audience). It was a smart crowd (at least, we thought we were smart), and we were rewarded with discussions that were enlightening as well as entertaining.

Still, there was something self-congratulatory about it all. Not from the stage ... all of the speakers had real-life experience, and understood that not everywhere is Berkeley (and that Berkeley isn't always "Berkeley"). On some level, it was as if we thought we should be congratulated for showing up.

I am probably being a bit harsh. Our hearts were in the right place.

Here is a video of the event (you can see my wife and I for a minute or so starting at about 30:50):

This film will always be known as the first one produced by the Obamas' production company. It makes sense that they back it ... Bognar and Reichert make every effort to be fair to all sides. You could say it's a centrist film.

American Factory is about work, but it is more about clashing cultures, where the workplace is where the cultures meet. It takes place near Dayton, Ohio, where a Chinese company took over a former GM plant and remade it as a factory for making auto glass. The workers, many of whom lost jobs with GM, are initially glad to have someone running the plant and offering jobs, but over time, the American ideas about work clash with those of the Chinese. This comes across most clearly as the workers try to organize into a union (they fail).

I am not trustworthy about this topic. I spent ten years working in a factory, and that informed/poisoned my attitudes to this day. When the Chinese try to encourage a family feel among the workers and bosses, I get pissed just thinking back 35+ years to when I saw similar attempts at my workplace. I appreciate the desire of the filmmakers to show both sides, and I understand how the workers feel it necessary to accept less than ideal working conditions just so they can keep their jobs. But I can't stand the bosses. I think they are right about one thing ... the Chinese understand that automation is the future. In American Factory, they are seen as callous because they seem happy to lay off as many humans as possible and replace them with machines. But as someone with first hand knowledge of how shitty many factory jobs can be, and with a belief that there should be a way to support those workers as they are replaced (because the machines will do jobs no human should have to do), I find the whole thing frustrating. In my future utopia, no one works any more. I don't want people to get shitty jobs, I want people to get enough money to live without working. In other words, I am not trustworthy about this topic.

(Here is a letterboxd list of Film Fatales movies.)

"Resist false hope: America under Trump is in big trouble, and there's no going back"

In a time of crisis such as the Age of Trump, what the American people need the most are "hope warriors." These are journalists, pundits, writers, activists, elected officials and other opinion leaders who will tell the truth about the state of their country and society, and about what must be done to heal it. Empirical reality and context must come together with sustained analysis and critical thinking. A slavish devotion to "both-sides-ism" must be jettisoned. Hope warriors connect institutions and structures to the daily challenges being experienced by real people. Hope warriors explain that power is not neutral or something ineffable. It is real. It works through, by and on individuals, groups and communities.