In performances around 1958, the Isley Brothers would typically end their shows with a cover version of Jackie Wilson's hit "Lonely Teardrops". At one performance at the Uptown Theater in Philadelphia, lead singer Ronald Isley could see the audience standing and yelling their approval, so he extended the song by improvising a call-and-response around the words "You know you make me wanna..." "Shout!". The group developed the song further in later performances and rehearsals, using a drawn out "We-eee-ll" copied from Ray Charles' "I Got a Woman". On returning to New York City at the end of their engagement, they suggested to record producers Hugo & Luigi that they record the "Shout!" climax of the performance as a separate song. The producers agreed and suggested that the band invite friends to the recording studio to generate a party atmosphere.

The recording took place on July 29, 1959, with Hugo and Luigi choosing the studio musicians and the Isley Brothers inviting organist Herman Stephens. Released in August 1959, with the song split over both sides of the record, the single reached number 47 on the Billboard Hot 100, becoming the group's first chart hit,[4] and later the brothers' first gold single on the basis of its longevity. Ronald Isley later said that church groups wrote to radio stations asking them to stop playing the record, because of its use of a traditional black gospel sound. [emphasis added]

Arguably the most famous version of them all:

It's been more than five years, and in these troubled times, there is no guarantee there will be another ... this is the last song we saw Bruce Springsteen sing in concert:

There is some discussion about just how legendary these concerts were (the film is made from two nights). It's kind of pointless, though ... Bruce and the Band are terrific, it's 1979, what more needs to be said.  The restoration is strong, the sound unstoppable (thank you, Bob Clearmountain), the performances are ... well, they're late-70s Bruce, if you were there, you know, if you weren't, here's a fine example. I remember when the Darkness on the Edge of Town reissue came out, including a complete live show from 1978, I said I was glad the video existed, especially because it let me know it wasn't just nostalgia that made me think Bruce '78 was the best ... it was the best. This No Nukes concert film is like that ... it reminds us just how great he was when he turned 30.

Dave Brubeck, Concord, 1970s. Not sure if we saw Brubeck more than once. The Concord Jazz Festival started in 1969 ... I believe it is still running. It took place each year in Concord, California (Brubeck's birthplace, along with Tom Hanks, and about 15 miles from where I grew up). My wife's dad was in the newspaper business, so he often got free passes to the Festival, plus the Festival was created by a local car dealer and my dad was in that business, so sometimes he got free passes, too. We went to a few of them over the years ... can't remember when, but in the 70s. Brubeck being a local boy who did good, he was always welcome at the Festival. "Take Five" was that rarity, a jazz track that was a crossover hit. It was written by Paul Desmond, who plays sax. Brubeck is on piano, of course, Eugene Wright was on bass (he was probably gone by the time we saw Brubeck), and Joe Morello was the drummer who does wonders with the 54 time. This recording is from 1961:

Clarence Clemons and the Red Bank Rockers, Keystone Palo Alto, 12-3-82. Clarence put this band together to play with while Bruce was working on something, probably Born in the USA. They released one album, Rescue, which wasn't bad, with a singer named J.T. Bowen who could shout with the best of them. On this date, the crowd spent most of the time waiting for Bruce to show up (he didn't). At one point, Clarence teased us by saying they were going to play "Fire", only to perform the Jimi Hendrix song.

Bruce wrote a song for Rescue, "Savin' Up":

Crosby, Stills, and Nash, Candlestick Park, 9-8-84. I wrote about this a few years ago. It took place after a Giants' game ... CS&N set up on the field and played a set. Don't remember a lot about it, except that it happened, and I was there. You can listen to a show from the next day by clicking this link. Meantime, I'll once again post this, the best song Crosby and Nash ever did:

Tracy Chapman, Oakland Coliseum, 9/23/88. Human Rights Now! was a tour to benefit Amnesty International, with a load of stars: Sting, Peter Gabriel, Youssou N'Dour, Tracy Chapman. Bruce and the E Street Band closed the show. This was his 39th birthday ... as I recall, Joan Baez sang "Happy Birthday" to him. Chapman had released her self-titled debut album that year, featuring the runaway hit "Fast Car".

The last show of the Human Rights Now! tour, in Buenos Aires, was the last time Bruce toured with the E Street Band for more than a decade. The crowd in Argentina was bonkers:

Bruce had never done an ad before this. It helps that he isn't hurting for money ... he hasn't had to pick up the extra dough. But now, something changed.

I think it's depressing that he did a commercial.

Nobody is perfect. If you look up to someone, you don't expect perfection, but it is good to feel as if that someone represents our better selves, even when they, like all of us, fuck up.
Call me naïve, but the fact that Bruce Springsteen did a Jeep commercial for the Super Bowl is extremely dispiriting.
He doesn't need the money, he doesn't need the exposure. It is rare, if ever, that he could be accused of selling out, which makes this all the more depressing.
I do not have much issue with what Bruce says in the commercial. I am uninterested in coming together with the middle, but that's not the problem. The problem is that the one artist who has held out against the use of his work as fodder for advertising has broken the faith. He has many outlets for his message, and there's not much new in what he says in the ad. I just really wish he hadn't decided to do it in a Jeep commercial.

Everyone else is doing it, and it seems like a nice sidebar to recent Music Friday posts about concerts.

Worst concert: Edgar Winter, San Diego, September, 1975. Brother Johnny was also on the bill, but we left before he came on. Sound was awful, so I can't really say how good/bad Edgar was.

Most surprising: Probably an opening act, since by definition I didn't expect much out of them. Examples that come to mind: Rockpile (1979 opening for Blondie), The Gossip (2000? opening for Sleater-Kinney), Matt Nathanson (2006 opening for Pink at the Fillmore).

Next concert: Whatever it is, I fear it will be virtual.

Posted at 08:54 AM in Bruce Springsteen, Music, Sleater-Kinney | Permalink | Comments (0)

Last week, I wrote that I was "going to turn Music Friday into a random look at concerts I've attended over the years." The choices aren't really random this week ... Bruce Springsteen has a new album out, so I'll showcase Bruce and three acts I saw with him.

One thing the pandemic does is prevent us from going to concerts. I've seen Bruce 36 times, and more than most musicians, his music benefits from the live setting, such that I've never been able to really judge one of his new albums until I've heard it live. And that's not going to be happening for a while. So any response I have to Letter to You is partial. For now, I'll repeat what I said on Facebook ... the sound is interesting in its retrograde feel ... it always sounds like old-school Bruce, but it never sounds like the same old school ... one song sounds like it came from Working on a Dream, another from The River, another from some random Tracks era. Based on sound alone, it's obvious why some people are so taken with it. (And I'll add, where's Soozie?)

Bruce famously drops in on the shows of others. We got to experience that once, in 1981, when Bruce turned up at a small club for five songs with Gary U.S. Bonds when Bonds was touring behind his Bruce-enabled comeback album, Dedication.

1978 was the greatest year of my musical life, when we saw Bruce three times during his legendary 1978 tour.  He would close with this Gary U.S. Bonds number ... we saw him sing it on five different occasions:

While Bruce has appeared with other performers as part of benefit shows, we only saw one person open for him at a regular Bruce concert: John Wesley Harding. It was the first time in 20 years that anyone had opened for Bruce. Harding has written four novels under his real name, Wesley Stace.

We saw Bruce on his 39th birthday as part of an Amnesty International show. Joan Baez was one of the many artists who appeared, and she sang him "Happy Birthday". She was in the crowd in 2006 when we saw him with the Seeger Sessions Band ... she came onstage to help sing "Pay Me My Money Down". Here is Baez with Mercedes Sosa in 1988:

Finally, here is the Seeger Sessions Band with "Pay Me My Money Down":

So Rolling Stone updated its list of top albums ... I think this is version 3. Here are a few selections.

Miranda Lambert, The Weight of These Wings (#480):

September 18, 1985 was a big night for Bay Area concerts. David Lindley played a club date at the Old Waldorf:

The legendary Harry Belafonte was at the 12,500 seat Concord Pavilion:

We missed all of those shows, because we were here, with 50,000+ fans, in a baseball stadium near the end of the Born in the USA tour: 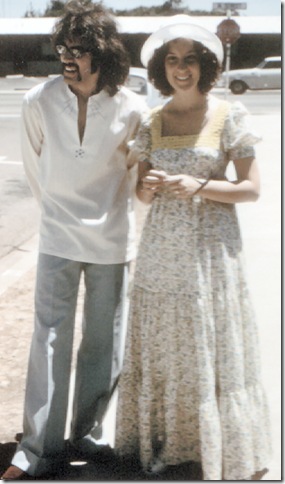 On this date in 1995, we saw the first of two Bruce shows on the Tom Joad tour. Here is what a few of the songs sounded like. First, "The Ghost of Tom Joad":

Later, when these songs were played with the band, things got a bit ... um, louder? Here's "Youngtown" after Nils had his hip replacement surgery:

And the amazing "Ghost of Tom Joad" with Tom Morello:

One last thing. For those two Berkeley shows, Bruce had an opening act, the only time I ever saw such a thing except at multi-star concerts. It was John Wesley Harding. Here he is with Bruce: