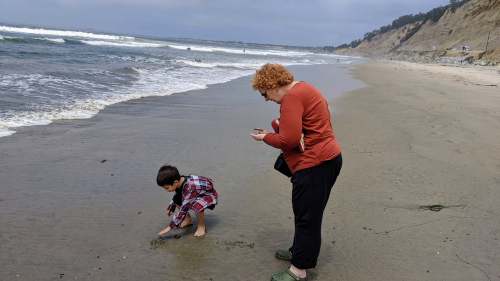 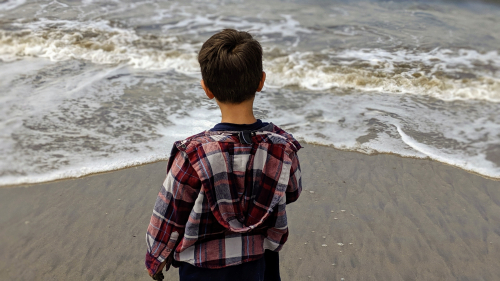 Mick Jagger spent his 34th birthday with the Rolling Stones, playing a Day on the Green concert in Oakland. It was the final show on the Some Girls tour, and tickets were $12.50. For your money, you got not only the Stones, but Santana, Eddie Money, and Peter Tosh. A Rolling Stone article about the tour asked, "Has the band lost that touring magic?"

Former Wailer Peter Tosh released his third solo album in 1978, Bush Doctor. It was his second album on Rolling Stones Records, and featured Tosh and Jagger trading vocals on "(You Gotta Walk And) Don't Look Back".

Eddie Money was a local favorite working out of Berkeley who had released his first album in 1977. It was a big seller and contained two hits, "Two Tickets to Paradise" and this one:

Santana was a bigger local favorite who, of course, were known world-wide. In 1978, they released a cover of Buddy Holly's "Well All Right":

The Stones made the fans wait more than two hours before they hit the stage. This was the setlist:

Some Girls was the Stones' last great album. A few years ago, they released a film of a 1978 concert in Texas. About that show, Chet Flippo, who penned the above-mentioned Rolling Stone article, wrote:

There have been bad shows on this tour, but Fort Worth was not one of them. It was the last small show of the tour, and the Stones gave it everything they had: these old pros, crippled by age and by dissipation, but still holding the flag high. Jagger’s defiance, missing in so many of the shows, returned for a while and Richards was — usually — leading the band. In “Beast of Burden” when Jagger pleaded, “Ain’t I tough enough?” it was a real question, not a rhetorical one. Thirty rows back, though, with everyone still standing, I was thinking: I’m thirty-four years old and I’ve seen rock & roll for seventeen years and I’d kinda like to sit down. Jagger is also thirty-four and he’s been doing rock & roll seventeen years and most of the time he acts like he’d like to sit down, too. Why does he keep this up? Just for these few moments of glory? I studied him through binoculars and his face showed no emotion whatsoever. During “Shattered,” he was mumbling the words, “I’ve been shattered” as he half-heartedly shook his cock. That’s been the extent of his 1978 theatrics: teasing the audience with whatever was in his pants and performing an intermittent striptease with his T-shirt. The audience reaction, even at this relatively supercharged show, was the same as at the other concerts I’d seen: at first buoyantly up and ready for the old Stones magic to wash over them. As that magic wanes, a certain listlessness sets in. At some of the outdoor shows, that listlessness turned to anger and stage-trashing.

“If the band’s slightly lacking in energy,” he mumbled after “Shattered,” “it’s because we spent all last night fuckin’. We do our best.” Well, I thought, I’m glad this is a good show because the bad ones these days are really painful. Jagger’s voice started cracking and Richards gave over his guitar solo in “Tumbling Dice” — usually a magical moment — to Ron Wood. A good show, very close to being a great one. If the Stones continue to work this hard, they can hold on to their championship title for a while yet.

Finally, for archival purposes, here is a poorly-recorded audio of the Oakland concert:

Another list. This time, we were asked to name our favorite political films, leaving us to define "political". There was a complicated point system that allowed for different numbers of movies in a response. In my case, I voted for ten movies, with points totaling 100 and no film getting more than 30 points. Here is my ballot, with points and a link to my reviews:

The Sorrow and the Pity 30 points
The Rules of the Game 20
The Passion of Joan of Arc 15
4 Months, 3 Weeks and 2 Days 14
The Lives of Others 13
The Battle of Chile (Parts 1 & 2) 3
Harlan County, USA 2
The Leopard 1
The Battle of Algiers 1
Wild in the Streets 1 (Oddly, I've never written about this movie, although I assigned it once in a class)

Here are the top ten in the final poll, with links when relevant:

This post comes under the Pointless List category. Indiewire just posted "The 100 Best Movies of the Decade". Along with this, they "asked our panel of film critics to pick the one overlooked film of the past 10 years that they most hope people will find, rediscover, or reconsider in the future." What follows is ten movies I think fit under the parameters of their question. None of these made their Top 100 of the Decade. None made their Overlooked survey. Having said that, here are some movies from the 2010s that I seem to have liked more than others. Not sure that makes them overlooked ... you've heard of a couple of these, I imagine. Each movie includes a link to when I wrote about them. There is no particular order, except that I think The Square is the best movie on this list.

A few years ago, I wrote about Alex Garland's first film as director that "Ex Machina is a very good movie that suggests Garland will continue to offer intriguing films in the future." Four years later comes Annihilation, which is indeed an intriguing film, albeit one with a troubled history. It was made for Paramount, who got cold feet after a poor preview screening. Netflix ended up distributing the picture outside the U.S. and China (we saw it on Hulu, who as of this writing have the U.S. streaming rights). It bombed at the box office, but has already picked up a cult following.

Annihilation has a good cast, although I don't think they are all used to their best advantage. Jennifer Jason Leigh is always interesting, but here, she seriously underplays her part, which doesn't work as well as I'd like. Natalie Portman is the lead ... she and Leigh lead an expedition into "The Shimmer", an unexplained phenomena that looks gorgeous but is clearly also ominous. In the team are Tessa Thompson, Gina Rodriguez, and new-to-me Swede Tuva Novotny. Although nothing is made explicit, the group resembles a typical multi-cultural band of soldiers: the silent leader, the (Jewish) biologist with a military background, the African-American, the Latinx, and the Swede. There's something pleasing about the way Annihilation replaces the usual brotherhood with women, and it is also good that Garland doesn't press the point, allowing us to notice on our own. But between the underplaying and the beautiful Shimmer and the general lack of deep characterization, Annihilation is too slow for its own good. When the gore comes, Garland delivers, and certainly there are those who prefer this kind of intellectual sci-fi thriller to something more crass. But I could have used a little crass.

Oscar Isaac and Benedict Wong also turn up. That Shimmer really is something. It's a movie worth seeing. But it's not up to Ex Machina. #908 on the They Shoot Pictures, Don't They list of the top 1000 films of the 21st century.

The War of the Worlds (Byron Haskin, 1953). Eleven years before Robinson Crusoe on Mars, a surprisingly good version of Defoe's classic, Byron Haskin directed The War of the Worlds. If Crusoe was good, The War of the Worlds was even better, drawing on another literary icon, H.G. Wells. This was only the first of many filmed adaptations of the Wells novel, including a 1988 TV series that was a sequel to this movie, and the Steven Spielberg/Tom Cruise movie from 2005 that I did not like. The most famous version of the story was Orson Welles', as an episode of his radio show The Mercury Theatre on the Air in 1938. Welles went down in history for that radio show ... the 1953 version isn't quite as iconic, but it was well-received in its day (winning an Oscar for Special Effects) and was influential not only on subsequent remakes but on many space-travel films. In 2011, it was added to the National Film Registry. Why does it work so well? The acting is understated, the effects belie the relatively low budget, and the story is hard to beat: Martians attack the Earth. There's the "Red Scare" connection, if that's how you like your 50s sci-fi. And the gradual takeover of Earth is frightening in its all-encompassing nature. The film, a recent restoration, looked great on TCM. Here is an example taken from the restored version:

Spider-Man: Homecoming (Jon Watts, 2017). We watched this in preparation for next week's Retired Cinema ... it's my wife's turn to pick, and she has chosen Spider-Man: Far from Home, which is the sequel to this one. It is impossible to keep track of all the variants of Spider-Man in the 21st century. There was the disappointing Sam Raimi trilogy with Tobey Maguire (disappointing because I am a fan of Raimi, but didn't think his Spider-Man movies were up to the level of films like Evil Dead II and Drag Me to Hell). There were the re-boots with Andrew Garfield (a quick turnaround ... only five years separated the Maguires from the Garfields). Then Sony, who had the rights to the character, cut a deal with Marvel/Disney so Spider-Man could finally be integrated into the Marvel Cinematic Universe. Spider-Man then appeared in Captain America: Civil War, Homecoming, Avengers: Infinity War, and Avengers: Endgame, leading up to Far from Home. (Did you follow all of that?) Not to mention last year's Spider-Man: Into the Spider-Verse, which is not connected to the previous films, and which won an Oscar. All of these films were box-office smashes. Homecoming has a few things that distinguish it. Tom Holland is the youngest actor of the century to play Peter Parker. Parker/Spidey is a fairly enjoyable character. I don't know ... I liked it more than I did the Raimis, although that may just be my lowered expectations. Bonus points for the supporting cast, which includes Michael Keaton, Marisa Tomei, Zendaya, Donald Glover, Bokeem Woodbine, Tyne Daly, Hannibal Buress, Martin Starr, and the voice of Jennifer Connelly.

Tags: spider-man, war of the worlds

On this date 52 years ago, Bill Graham presented one of those interesting mixes at the Fillmore that he was known for in those days. He was in the middle of what he called "The Fillmore Summer Series", which the previous month had included my first rock concert (Chuck Berry, Eric Burdon & the Animals, Steve Miller Blues Band). Wednesday, July 19, 1967 was the second night of a six-day stand featuring Sam & Dave and the James Cotton Blues Band. Bonnie MacLean did the poster. She and Graham had been married the month before.

Country Joe & the Fish were the opening act for the first three nights (The Loading Zone took over for the final three). Here they are a month earlier at the Monterey Pop Festival:

James Cotton played all six nights, and then stuck around for six more nights playing with The Yardbirds, Richie Havens, and The Doors. Here he is, live in 1967:

getting older all the time

Today I got my first Social Security check.

"Support for U.S. President Donald Trump increased slightly among Republicans after he lashed out on Twitter over the weekend in a racially charged attack on four minority Democratic congresswomen, a Reuters/Ipsos public opinion poll shows."

The vast majority of the Republicans are now on the record as condoning the president’s tweets calling for the congresswomen to “go back” to the “totally broken and crime infested places from which they came.”