Should have thought to include this in the TT post: The captions are a little blurry, so:

And in the group photo at the bottom, which is of the acting group from my senior year, you can see a few friends of the blog. That's Robin Smith in the front, second from right. In the back row, sitting next to each other (#5-6 from the left) are the future Dub Debrie, and Tina Sellars who was then Gooch. On Tina's left is Lynette Shaw, later a pioneer in legalizing marijuana and once the Libertarian candidate for Lt. Governor of California. I feel like this is not the full picture ... for one thing, I'm not in it. 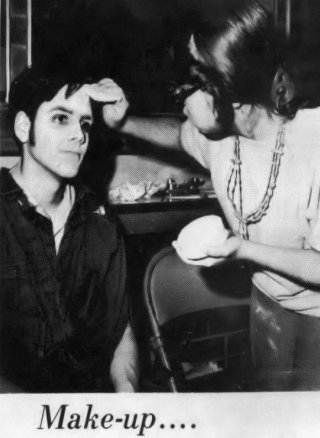 A few other mementos I can get to easily ... all from high school, there are no pictures as far as I know of me in junior-high plays. From Inherit the Wind ... that's me as the William Jennings Bryan character. 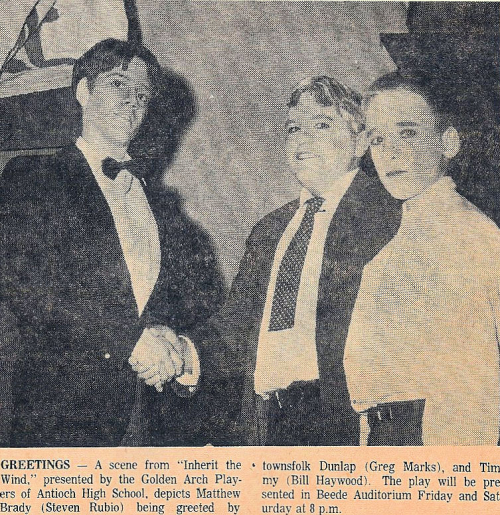 This is from My Three Angels, which was made into the movie We're No Angels on two occasions, 1955 when Aldo Ray played my character, and 1989, which I haven't seen but I think maybe Sean Penn played my part. In the picture, that's me in the middle. 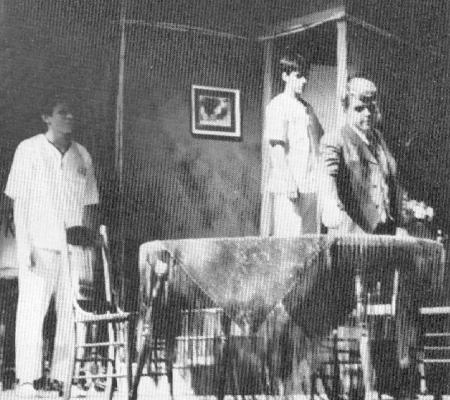 [Edited to add this photo from Arsenic and Old Lace ... I played the Boris Karloff character, and am in the back, behind the guy who is in ropes.] 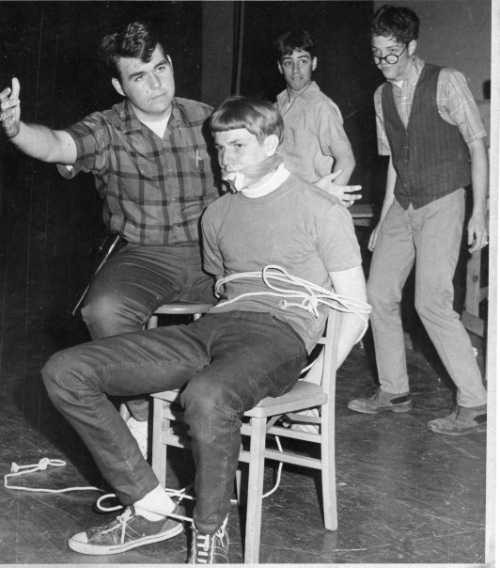