This choice appears because of a single fact: I believe the greatest night in the history of rock and roll music took place on June 27, 1968. That's when Elvis Presley recorded two sets of music on a small stage, with a few of his old music buddies and a very small audience. Parts of these two shows ended up in a televised Xmas special in early December, along with other songs. I could choose the original LP from that show (called, among other things, NBC-TV Special). I could choose a bootleg I treasured for many years, The Burbank Sessions, Vol. 1, which included both small-stage concerts. But eventually, RCA figured out another way to make money, which resulted in a DVD box set, and another CD package called The Complete '68 Comeback Special, which again included all of the material from the two sit-down concerts. So, for the purposes of this list, I'm going with that big package. 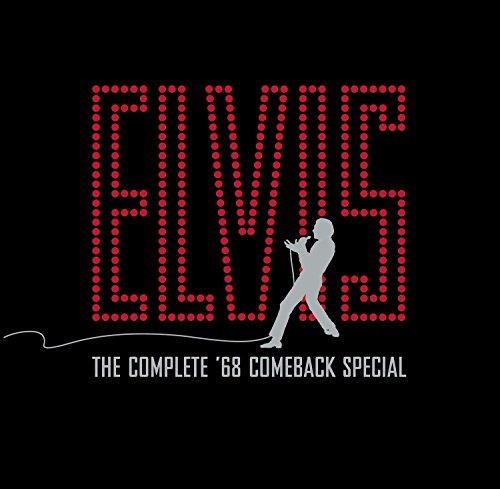 Tags: '68 special, elvis presley, one night with you

I find it never fails to win over folks who think little of Evis. His talent is that compelling here.

Back when the Complete Package was released, they had a one-night only event at movie theaters ... they showed one full sit-down session, excerpts from the other, and excerpts from the non-sit-down stuff. I think they even showed a bit of Aloha from Hawaii. I convinced a lot of friends and family to come with me. Just as you describe, the ones who didn't know what was coming were particularly impressed.