OK, so there is a lie in the above sentence. I can talk about how all 20 of these albums are favorites of mine, I can talk about how I could have easily added another 20, I can say that I've chosen chronology because I can't really rank the 20 albums. But the truth is, if this was a list of one, if this was me telling you my favorite album, that wouldn't be a difficult decision.

Last month, a book by Ryan Walsh was released, Astral Weeks: A Secret History of 1968. It's a fascinating book that places Astral Weeks in a context you might not have considered before: Boston in 1968. The thing is, I learned more about Boston than I did about Astral Weeks. Which may partly explain why even the best books about the album necessarily work from the outside. Because Astral Weeks is pretty inscrutable, and much as I've tried, I've never been able to clearly define its greatness. Only one writer I've read has pulled this off: Lester Bangs, in the book Stranded. 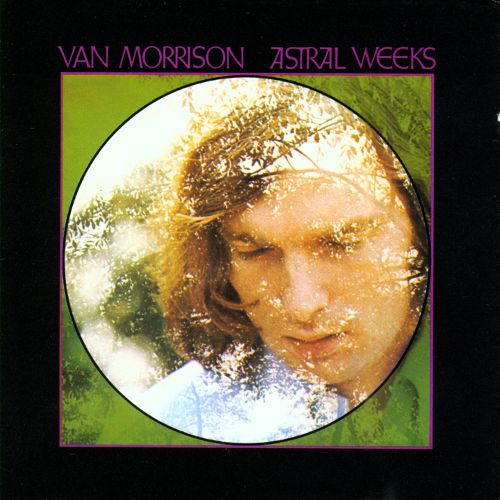 Here is Lester, writing about the above clip:

After going through all the verses, he drives the song, the band, and himself to a finish which has since become one of his trademarks and one of the all-time classic rock 'n' roll set-closers. With consummate dynamics that allow him to snap from indescribably eccentric throwaway phrasing to sheer passion in the very next breath he brings the music surging up through crescendo after crescendo, stopping and starting and stopping and starting the song again and again, imposing long maniacal silences like giant question marks between the stops and starts and ruling the room through sheer tension, building to a shout of "It's too late to stop now!," and just when you think it's all going to surge over the top, he cuts it off stone cold dead, the hollow of a murdered explosion, throws the microphone down and stalks off the stage. It is truly one of the most perverse things I have ever seen a performer do in my life. And, of course, it's sensational: our guts are knotted up, we're crazed and clawing for more, but we damn well know we've seen and felt something.