It's interesting to place my own life in the context of this album ... I was 12 years old when it was released. I felt "Like a Rolling Stone" was the new national anthem, and despite the put-down tone that was so common in Dylan's lyrics, I heard "How does it feel?" as including all of us as rolling stones. In concert, I never thought as we sang along that we were sneering at others, I thought we were singing about ourselves. 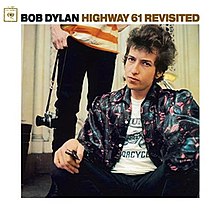