I am a curmudgeon when it comes to Xmas. But this year was different, because I spent it with a four-year-old.

Our grandson, Félix, has reached the age where he really understands what’s up with Xmas. He knows there are presents ... he knows there’s Santa ... he probably knows he is the center of attention. Watching his joy made Xmas more than bearable, it made it enjoyable.

He handed out the presents. He can’t really read yet, but he knows his own name, and “Mom” and “Dad”. So he could look at a wrapped present and tell if it was for him when he saw his name. He got thrown off a bit when he’d see the word “From”, because once he saw “F” he hopefully assumed the rest of the word was “élix” and he’d announce it was for him. So it wasn’t perfect, but he did pretty good. And he was dedicated ... even after he opened something for himself that he really liked, he’d put it down to grab another present for someone else.

I usually say he wants to be a DJ when he grows up, but that’s not really accurate. He thinks he is a DJ now. He loves playing DJ, plugging in various things (or “plugging” them in, since in many cases, they aren’t working so he won’t electrocute himself). One of the presents he got on Xmas Eve was DJ Lights ... disco lights, really ... it sends colored lights across the room and the ceiling, makes for a festive atmosphere. His dad helped him mount it on a wall, so we got to watch his lights most of the night. On Xmas morning, he found that Santa had brought a kid’s DJ board, with a pretend turntable for scratching, and a keyboard, and lots of sliders and preset drum beats. He loved it. 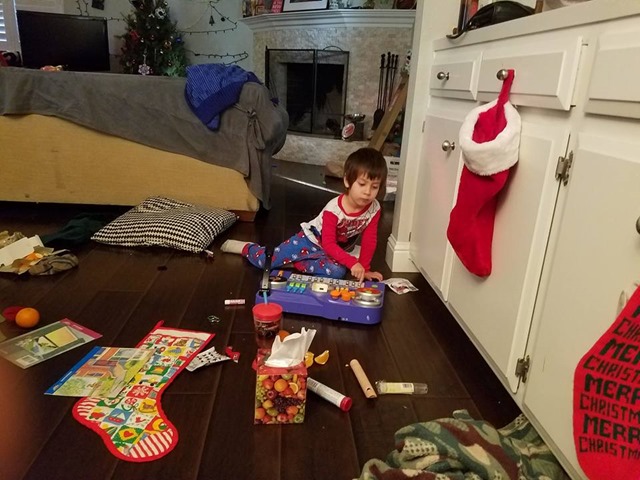 Like many middle-class Americans, Sara and Ray got an Amazon Echo for the holiday (Ray’s boss gave them to employees). Later, it turned out I’d gotten TWO, and then we went to my sister’s, and she had one, too (her’s was the big model ... the rest of us had Echo Dots). This meant all of us spent a lot of time asking Alexa questions, smart and stupid. Félix was once again the star. He took to the AI machine instantly. They called theirs “Echo” because he has a brother named Lex, and they worried saying “Lex” all the time might set Alexa off. Félix took a nap with Robin ... she said when he woke up, he quietly whispered, “Echo, play ...” (she didn’t catch what). He already expects the Echo to be ready and responsive to his every beck and call. He was so cute ... if he asked a question that didn’t get answered, he’d walk over to the Echo and talk into it directly, as if that would help.

And at one point, apropos of nothing we could figure, he said something like, “Echo, what can we do for homeless people so they won’t be homeless anymore?”

So, yes, this was a good Xmas. 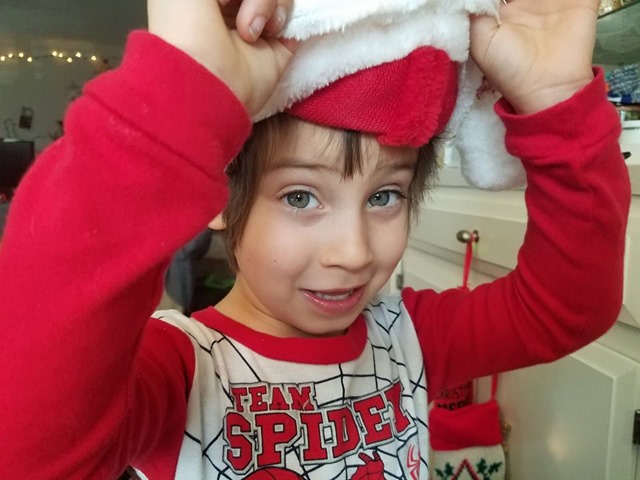 Meanwhile, 2016 sucked, as everyone knows. Our family survived, at least. We haven’t seen Neal and Sonia yet this holiday, but hopefully we will very soon. Oh, and Spot made it through another year: 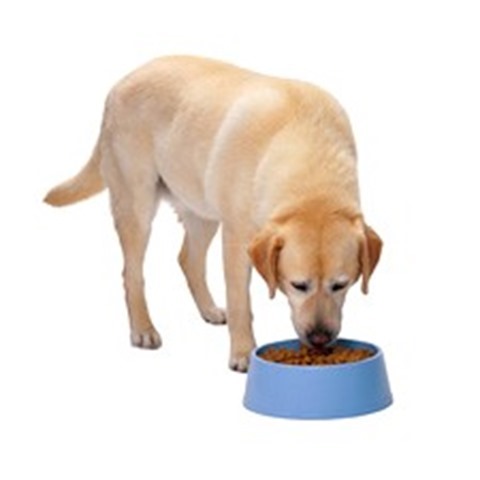 Sounds like a great one. Warm wishes to you and yours my friend...

I always enjoy reading about your family. Quietly inspiring!