ash, the evil dead, s. clay wilson, and my wife

My wife doesn’t have a birthday. She has a Birthday Month. So I have to be on my toes all through October, not just on the 4th (which is what the rest of us would call her birthday).

Last night we settled in to watch TV. She wanted to start with Designated Survivor, the new, so-so- Kiefer Sutherland show. I was feeling a bit sad ... silly, really, but I wished we liked more of the same TV shows and movies. Designated Survivor may turn out to be a show we watch together, but it kind of gives “common ground” a bad name.

After that, we watched the season opener of Ash vs Evil Dead. This is more like it, I thought, I like this show a lot, which reveals my real definition of “shows we watch together”: something I like that she tolerates. Except she doesn’t tolerate Ash vs Evil Dead, she likes it, too. And she occasionally laughs, which if you know Robin, you know laughing at TV isn’t a regular occurrence. But it’s one of the reasons I love her so ... she’ll sit quietly as a comedy plays, then laugh at arguably the goriest show in TV history (gore isn’t inherently funny, but ridiculous, over-the-top gore is).

And if Season One was the Goriest Show of All Time, Season Two had an early scene that easily topped anything we’d seen before. And we laughed. I can’t find the scene on YouTube, which is probably just as well. The best I can do is this Season Two trailer, which was apparently too gory for Comic Con:

Later in the evening, we spent a few minutes chuckling over a couple of S. Clay Wilson drawings.

Now I ask you: what kind of moron would think he and his wife had few shared tastes, when she laughed at Evil Dead and S. Clay Wilson?

And my wife is the greatest. 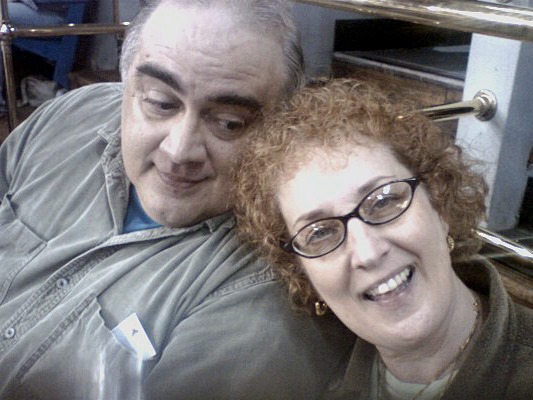