Edge of Tomorrow (Doug Liman, 2014). Due to some confusing marketing in the home video field, some call this movie “Live Die Repeat”, which was an advertising tag line and which admittedly is a better and more appropriate title for this one. Edge of Tomorrow is easy to describe, like the movie pitches parodied in The Player: “It’s Starship Troopers crossed with Groundhog Day, with Tom Cruise in the Bill Murray role!” (My choice for a more obscure movie that could fit into this scenario is The Americanization of Emily.) The comparisons aren’t quite fair. It’s not as good as Groundhog Day, which isn’t really a criticism, and while it is better than Starship Troopers, it lacks the lunacy Paul Verhoeven brought to that project which makes it so endlessly watchable to this day. Making those comparisons also emphasizes the ways Edge of Tomorrow lacks newness. But it does some of the same old things with panache, it is never boring and not bloated (in this day and age, to bring in a big-budget action movie that runs under two hours is remarkable). Cruise is fine in his action mode, with a pleasing underpinning of cowardice (as mentioned, see James Garner in Americanization of Emily). Speaking of Emily, Emily Blunt makes a terrific action hero, and for the most part, the film avoids the pitfall of making her Cruise’s sidekick. Add the always reliable Bill Paxton as a bad-ass, and some aliens that look far more inventive than the norm, and you have a solid movie. #791 on the They Shoot Pictures, Don’t They list of the top 1000 films of all time, which is stretching it a bit. 7/10.

Mind Game (Masaaki Yuasa and Kôji Morimoto, 2004). I am not knowledgeable about anime ... to take a list at random, of the 92 films on a “Guide to Anime Movies”, I have only seen 12. Mind Game seemed seriously out there to me, but for all I know, it’s standard fare in the genre. Yuasa and Morimoto (Robin Nishi should also be mentioned, as the author of the original comic) take a kitchen sink approach, so you never know what is coming from one moment to the next. There is a “plot”, but to me, it was irrelevant. It’s just a dazzling movie, in spite of (because of?) its incoherence. The colors, in particular, are jarringly gorgeous, and occasionally, an animated face will be replaced on the screen with the face of the voice actor for that character, like Clutch Cargo only for an entire face. A scene near the end where the four heroes swim for their lives is stunning (and here, I’ll mention Fayray and Seiichi Yamamoto and Shinichiro Watanabe ... I can’t figure out who did what ... for the music, which is brilliantly integrated into the action, particularly in that long swimming scene). I liked Mind Game ... it’s not a movie for me, but I saw elements of the French New Wave, and The Road Warrior, so maybe I don’t know my own taste. #758 on the TSPDT 21st century list. 8/10.

Mother (Joon-ho Bong, 2009). I revisited this one after six years. I’ve watched more contemporary Korean films than I had back then, including several by Bong, who has yet to make one I didn’t like. Mother might be my favorite ... that or the English-language film Snowpiercer. What is clear is that Bong is more than willing to take on a variety of subjects. Of the ones I’ve seen, Memories of Murder is a brutal movie about a serial killer, The Host is a monster movie, Mother is a psychological thriller, and Snowpiercer is a science-fiction picture with an international cast. To some extent, it doesn’t matter that Bong moves from genre to genre, since he likes to turn them on their heads, anyway. But they always work. Watching Mother this time, I felt a connection to some of Hitchcock’s sicker movies. I also don’t think I realized the first time that Hye-ja Kim, who plays the titular mother, was a star of Korean television very well-known for playing wholesome, loving moms. Mother was surely a revelation on its release, as if Barbara Billingsley had followed Leave It to Beaver by playing Norman Bates’ mom. #280 on the 21st-century list. 8/10. 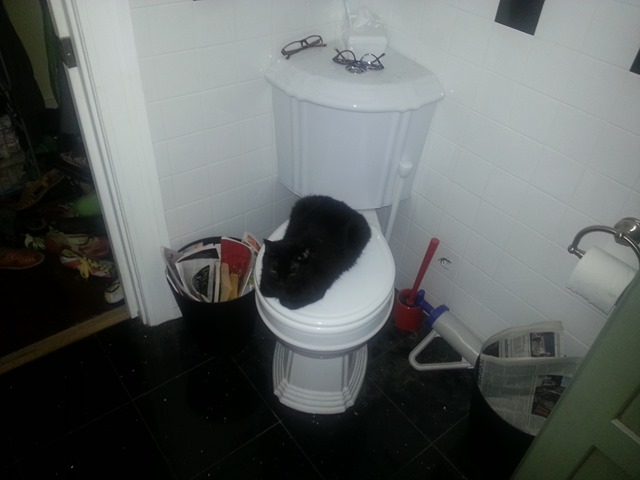 Cat Mother and the All Night Newsboys, “Track in ‘A’ (Nebraskan Nights)”.

Cat Power, “I Found a Reason”.