i still don't know what avaya does

Today, we attended the first-ever MLS match at the San Jose Earthquakes' new Avaya Stadium. It looks lovely, the view is fan-friendly, and everything had the fresh feeling of something new. The seats were a bit narrow for my butt ... on the other hand, they were seats, which was quite a revelation for those of us who have spent many years sitting on benches. The incline for the seats was steep, which was good for viewing ... even the top rows were as close to the field as possible ... but also a real cardio test (we were in Row 22).

The stadium is built next to San Jose International Airport, and it was startling when planes would suddenly appear from behind the stands opposite our seats as they landed. We were startled partly because the sound of the planes went unheard by us ... I don't know much about physics, but whatever they did when building the stadium, it kept the noise out. I think the idea was more to keep the noise in, i.e. the acoustics are designed so the noise of the crowd is amplified.

Here are a few pictures I took ... there are better ones out there, but these are mine. Here is our first view of the stadium as we approached it:

A different angle from outside: 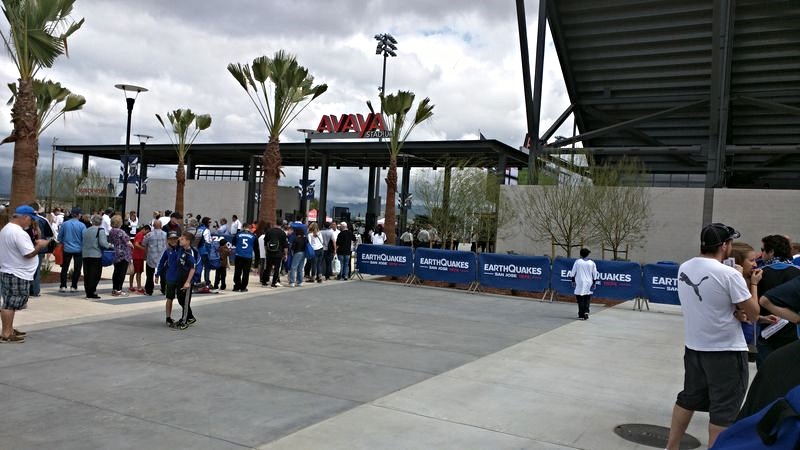 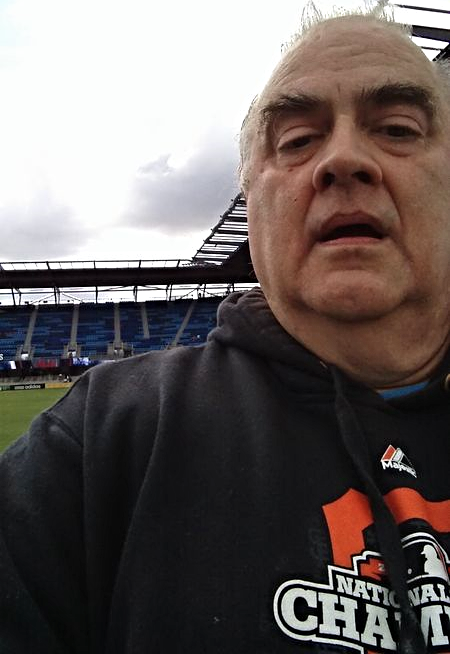 And the view from our seats, with the airport in the distance: 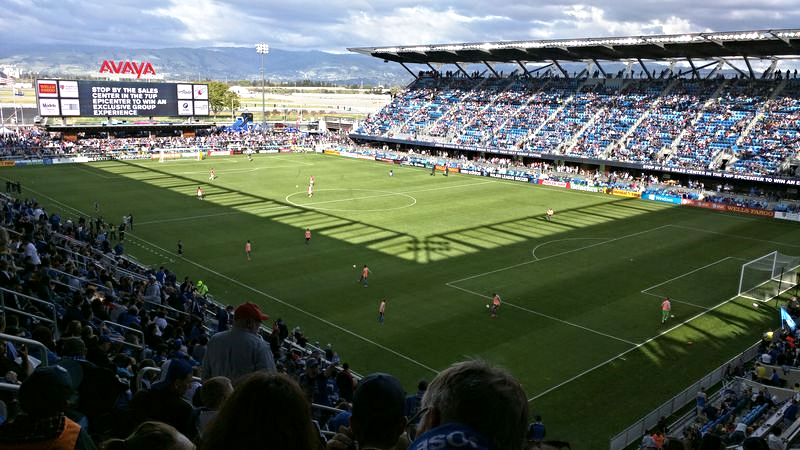 I'll ask the partner-chick what Avaya does: she worked for them for most of a decade so she might know.