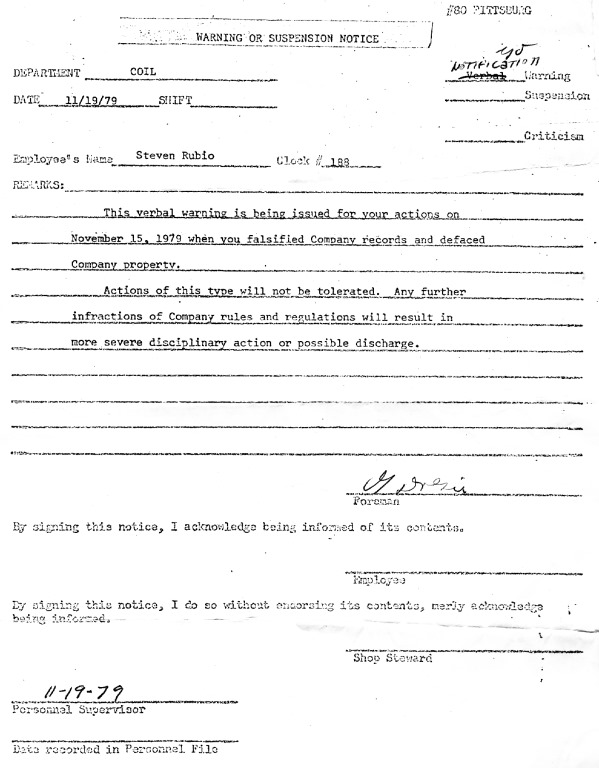 So, what is this? An official warning regarding my behavior on the job when I worked at Continental Can. November 15, 1979, so I’d been there for about 5 1/2 years. I “falsified Company records and defaced Company property.” You know the records and property were important, because “Company” is capitalized.

I don’t have the slightest idea what I did to deserve this. I don’t remember ever falsifying records in any substantial way. I did deface company property quite often, though, it is true. “Deface” makes it sound like I wrote on it or something, which I was inclined to do on a regular basis. I recall one time when I perched precariously on the highest place I could find, took a pole that was, I don’t know, 15 feet long? I taped an open black marker at the end and used the pole to write “Safety First” on the highest beam in the entire plant. There’s also the time I climbed up to the clock in our department and wrote “It’s break time!” across the face.

More often, though, I just broke stuff, sometimes in anger, but more often than not, out of boredom. I’d try to figure out how far I could stand from a window and still break it by throwing something at it. And there was a toolbox I took a hammer to on several occasions.

Ah, life in a factory.