not just another cat posting, it’s a cats’ birthday posting 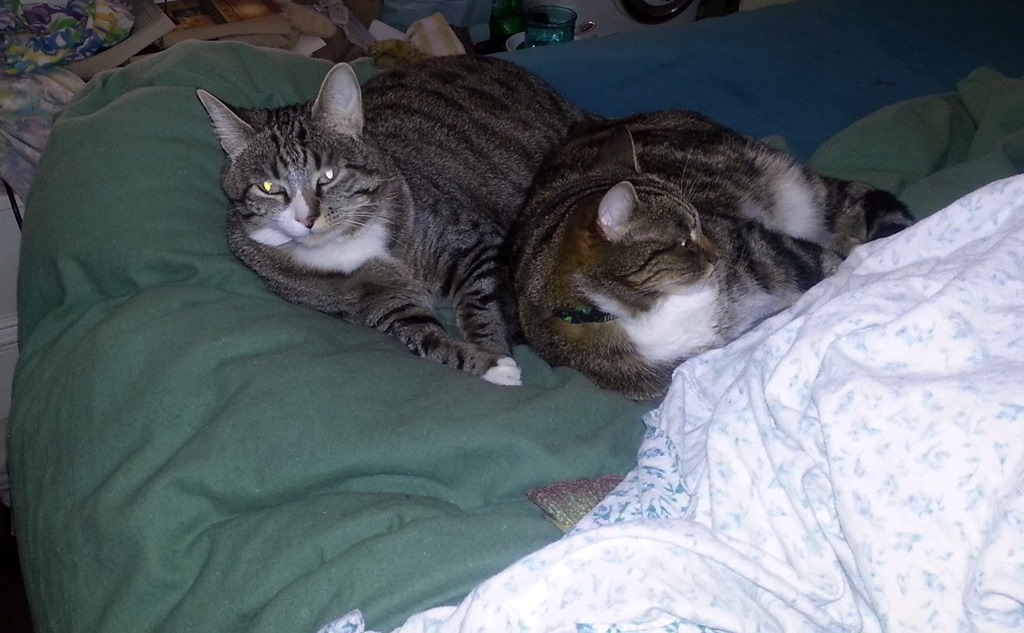 Showtime finally gets a series with “sex” in the title, and they do everything they can to remove the titillation factor. If they had done the same with The Tudors, that series could have been trimmed to a three-part mini-series.

Masters of Sex is based on a biography by Thomas Maier about Masters and Johnson. One of the pleasantly notable things is that the showrunner is a woman (we haven’t reached the point where this would not be notable). Michelle Ashford is best known to me for her writing on The Pacific, which was a fine series. It is probably too easy to use Ashford’s presence as a parallel to the early scene in the pilot when Masters realizes his work will be incomplete unless he finds a woman with which to partner. Suffice to say that so far, Johnson is just as important to the show as Masters, and Lizzy Caplan (as always) grabs the viewer every time she’s on screen.

Which isn’t easy, when Michael Sheen is the male lead. I had to check online to find out if I’d ever seen Sheen play anyone other than an historical figure (Tony Blair more than once, David Frost, Brian Clough, and now William Masters). I didn’t find any, but that’s on me … he has been in many movies and television shows, and is a renowned stage actor. Amazingly, though, I’d forgotten the one place I had seen Sheen. He even had the name of yet another historical figure. But … well, here:

What matters is that Sheen’s version of Masters is intriguingly stiff, and Caplan’s Johnson has plenty of room to shine around that stiffness. As for the pilot as a whole, it’s funnier than I’d expected, although as hard as Showtime pushed the scene of Beau Bridges looking through a dildo, you’d think I would have noticed. It will be interesting to see how they walk the line between drama and comedy … it certainly works well in Shameless. In the crowded world of “how many shows can I actually watch without falling behind”, Masters of Sex earns its place in the “I’ll be watching in real time” area, which means I’m giving the pilot a B+.