Home Archives Profile
let us be dissatisfied
on stevie nicks

how smart are cats?

They are seemingly untrainable … you can get a dog to do anything, which isn’t true with cats (although Robin taught Six to play fetch). Does that mean cats are dumber than dogs, or does that mean dogs are dumber because they do stupid shit for people?

Many nights, Robin and I watch TV on the big screen in the attic. We’ll usually watch two episodes, but sometimes only one, or even occasionally three. Sometimes we start watching at 6:00, sometimes 7:00, sometimes even later.

When we watch, Starbuck and Six usually join us. Six doesn’t much like to be alone, so she usually follows us … Starbuck likes to sit on Robin’s lap.

Boomer rarely joins us. She spends much of her day sleeping on our bed, which she seems to consider her turf.

Now, I haven’t done a study, but anecdotally, the following seems to be true. When we are done watching for the night, Robin and I will chat for a bit, and then she’ll go downstairs while I watch the end of a ballgame or something. Given that we watch varying numbers of episodes, and that we start watching at varying times, there is no fixed schedule for when Robin will head downstairs. Last night it was around 9:00 … other times it’s closer to 10:00 … rarely, we’ll start early, watch one show, and be done around 8:00 or even earlier.

Here’s the thing. Robin and I both agree that Boomer seems to know when we are done watching. She comes upstairs about when the last episode is done and we’re chatting for a bit, as if to say, “OK, time to come downstairs, Robin!” I can understand why she does this … often, Robin will go to the bedroom and read, after we’ve watched TV, and Boomer likes to join her there. But I’ll be damned if I can figure out how she seems to know when it’s time to get Robin. 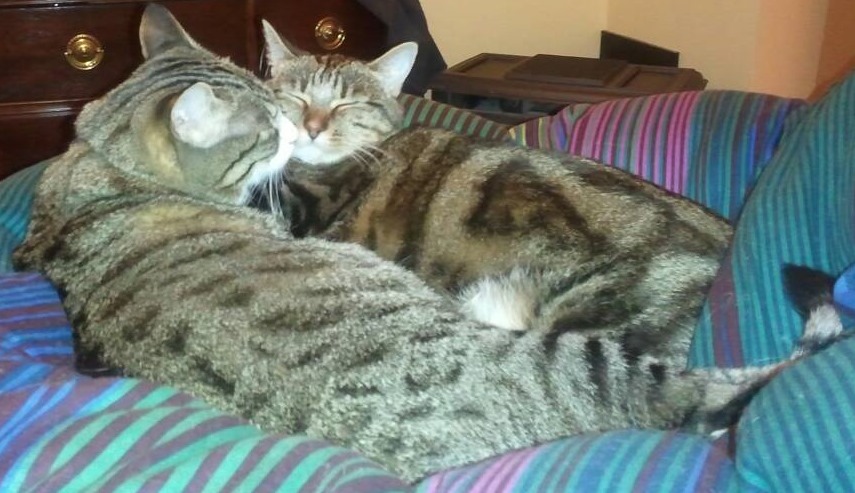