I’m reading You Are Not So Smart by David McRaney, which I am using in a class this semester. In a chapter titled “Introspection”, he writes:

THE MISCONCEPTION: You know why you like the things you like and feel the way you feel.

THE TRUTH: The origin of certain emotional states is unavailable to you, and when pressed to explain them, you will just make something up.

The book appears to be a revision of some of his blog entries, so I can point you to a version of the chapter here:

Quoting from the blog now, since it means I don’t have to type stuff in from the book:

Is there a certain song you love, or a work of art? Perhaps there is a movie you keep returning to over the years, or book. Go ahead and imagine one of those favorite things. Now, in one sentence, try to explain why you like it. Chances are, you will find it difficult to put into words, but if pressed you will probably be able to come up with something. The problem is, according to research, your explanation is probably going to be total bullshit. …

This brings up a lot of concerns. It calls into question the entire industry of critical analysis of art – video games, music, film, poetry, literature – all of it.

This ties into something I wrote in a comment yesterday, which reiterates a theory of mine: While we pretend that we construct analyses from scratch and then offer a final evaluation, in fact we first react in a like-don't like-meh manner, and then construct analyses to explain our taste preference. (It’s not analysis followed by evaluation, but evaluation followed by analysis.) I don’t think this process results in total bullshit, or I wouldn’t have spent eleven years writing this blog (or spent nine years getting a Ph.D in English). But the results aren’t what we think they are, and I find this statement of McRaney’s interesting:

When you ask people why they do or do not like things, they must then translate something from a deep, emotional, primal part of their psyche into the language of the higher, logical, rational world of words and sentences and paragraphs. The problem here is those deeper recesses of the mind are perhaps inaccessible and unconscious.

As I was reading this on my Nexus 7, I commented to my wife that there was a connection between the above and something that has fascinated me over the past couple of days. I have taken the following photo and made it the wallpaper for my Nexus, for my smartphone, and for my computer desktop: 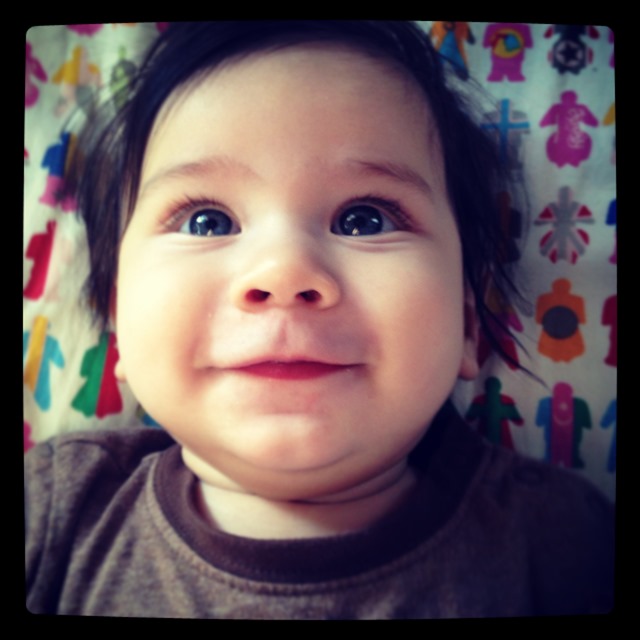 I’ve spent an inordinate amount of time just staring at this photo. Something about it reaches me beyond “isn’t my grandson cute?” There are plenty of cute pictures of him … some are probably better than this one, especially when the camera catches him laughing, which is often. But I love this picture.

And so, as I stare and stare, I try to construct an explanation for why I like it so much. I’ve thought about how it is well-composed (although I’ve cropped it for my wallpapers, so that’s not likely the reason). I’ve thought about how he really is pretty darned cute (but, as I say, there are lots of cute pictures of him). I’ve noted the smoothness of his skin (more obvious with higher resolution) and extrapolated a theory about the innocence of a child and how it speaks to me. I even imagined that if you took a picture of me when I was on acid, my facial expression would be something like this.

Anyway, I told Robin about the book passage, and about the photo, and she replied fairly quickly. “You like that picture because he’s looking up, and that appeals to you for some reason.”

Here is one of my favorite pictures of Robin. As a picture it’s nothing special, just one of those “I’m gonna take a picture of myself using my phone” photos: 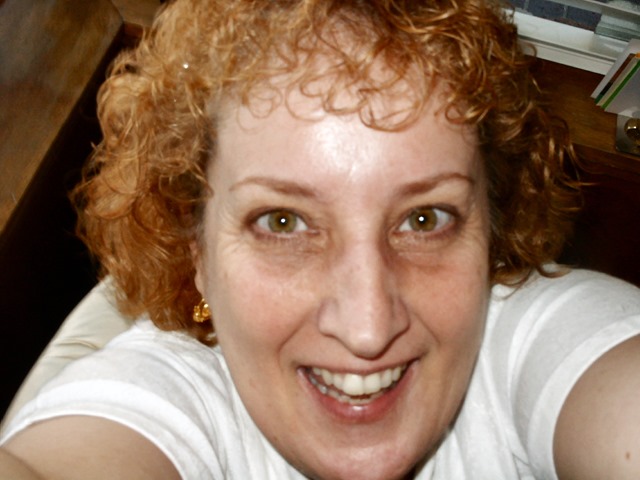 But Robin knew right away what was going on, because she doesn’t have an emotional attachment to the pictures. She is able to identify my taste for pictures where the subject is looking up. I would never have thought of that.

Does this call into question the critical analysis of art? Are our responses to art completely subjective, and buried too deep for us to fully understand? And are all our attempts to analyze art total bullshit?

Again, I think the answer to the latter question is no. But it is at least possible that our work as critics, valuable as it might be, has less relationship to the work of art than we realize. And if that is the case, then the best critics are not the ones with the best taste, but the ones who are the best writers. And what we get from critics isn’t a consumer guide (which is being taken over by AI systems, anyway), but rather the pleasures of reading good prose.

That picture of Felix stopped me in my tracks. There is most certainly something very special in his look.