It may seem like this blog is full of random crap, but I actually do stop once in a while to think about what might make for good posts. And there’s something about entering my 12th year of blogging that compels some reflection. Today I’m thinking about television and this blog.

I watch television in something approaching real time, which is to say, I see most shows with a day or two of their airing. That would suggest a useful immediacy to my blogging about TV; although I not one for dissecting every episode, I usually write season premiere and season finale posts. More and more, though, people are watching television outside of “real time”, buzzing through entire seasons months after the fact via multi-disc rentals or streaming. Since I am one who tries to avoid spoilers, I find my television writing impacted by this new method of TV watching. I can no longer assume readers have seen the same episodes I have. And, to the extent this is a consumer guide, my job is less to get you to watch something that’s on right now, and more to get you thinking about a show you might consider six months from now.

Another thing about television and blogging is that even the best series establish a pattern, such that with each season, I have fewer new thoughts. When Justified first hit the air, I wrote about it. Season Four started a couple of weeks ago, and I didn’t write anything, even though Justified is one of my favorite shows. Why bother? The pleasures of Justified lie partly in how it maneuvers around its format, so each episode/season is different, but they also resemble each other, and there’s only so many times I can repeat myself about what is good about the show.

So, here’s a grab bag of series that have just started or finished their latest seasons. I can’t promise depth, but here goes, in alphabetical order:

Downton Abbey: I was delighted by Season One, thought Season Two was a big drop off, and after two episodes of Season Three, I’m having a hard time remembering why I liked it in the first place. There is some witty dialogue and good acting, but many of the characters are annoying, charmless, or both. Also, with each passing episode, my understanding increases regarding the show’s stance on the class system. Downton Abbey has a lot of good characters on the “downstairs” side, but the show ultimately takes the side of the rich. The heroes aren’t Anna and Bates, they’re Lord Grantham and Lady Mary.

Girls: Lena Dunham seems much more reflective about her privileged characters (of course, she famously plays the lead). They aren’t entirely likable, and Dunham’s own character is the worst of the lot, self-absorbed in the extreme. I understand why people wouldn’t be interested; I don’t understand why Dunham takes so much crap. This is a half-hour comedy I’m sticking with, for now, at least.

The Hour: I haven’t written much about this British import … gave the first season an A-, that’s about it. And now Season Two has come and gone, and it was at least an A- once again. It seems to get compared to other American shows that don’t quite match up … Season One supposedly reminded folks of Mad Men, probably because it’s a period piece, but it’s nothing like Mad Men. Once The Newsroom became a reality, a more obvious comparison was made between Aaron Sorkin’s wet dream of American television news and The Hour, which takes place in a British TV news organization. The biggest difference, and it really matters, is that while The Hour takes place among real-world events (the Suez crisis, budding nuclear missile politics, even something of a preliminary to the Profumo scandal, if my knowledge of history isn’t too warped), the show doesn’t exist to pontificate. It’s a character study that also says something about journalism. It also features a fine combination of eye candy and acting chops (hello, Dominic West and Romola Garai). 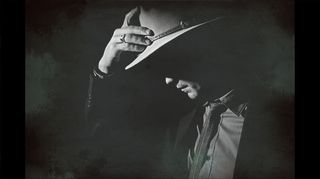 Justified: Still one of the best shows on television, especially but not exclusively for Elmore Leonard fans. (And since I was talking about eye candy and acting chops, Timothy Olyphant is king … I want to look like him when I grow up.) The dialogue here is so wonderful, I would watch it if all they did was put two characters in a room for an hour and had them talk. Great acting, intricate plotting that doesn’t make a big deal about itself, solid continuing arcs, and a real feel for the community it has created (Harlan County, Kentucky). About the only complaint I have is that there are so many interesting continuing characters with believable backstories presented by excellent actors, that some characters end up getting too little screen time. If this was a post with grades, Justified would get the only A.

Portlandia: I mention it here because I love Carrie Brownstein, but the truth is, I’ve only watched one episode … the others are sitting on my DVR, waiting for me to rescue them. It’s a precious show and I want to like it more than I do.

Shameless: Based on a British series, this Showtime version began its third season last weekend. It’s a disreputable cousin kind of TV show, rough around the edges just like the struggling working-class family at the heart of the series. Many critics have pointed out that the most famous actor in the show (William H. Macy), without whom the series might never have gotten the green light, is in most ways the least-interesting major character on Shameless. For whatever reason (probably that it is on Showtime and not HBO), hardly anyone I know even watches Shameless, which is their loss. And as long as the show runs, I’ll tout Emmy Rossum as offering some of the best acting on television, week after week. Even if the rest of the show sucked, I’d still watch just for her.

Steven, that you have been blogging since 2001 is in itself remarkable. You were way, way ahead of the curve.

And your work continues to be on my list to consult on a regular basis. That's a short list, as there are only so many hours in the day.

(I thought the first new episode of Justified was pretty generic, until the stuff with his dad.)

I'm glad you're with me, Steve!

Justified is often generic, although Raylan's relationship with his dad is frightening. But every season seems to start slow, setting up the new characters, with more standalone stories.

Always love getting your take on shows/movies and credit you with recommending some great programs I would never have watched otherwise.
Also love the fact that I can go back in your archives and look at what you've written after I've watched ...

Your book's in the mail. Sent it last Friday.

Wondering if you've watched Scandal, Banshee, or Strike Back

Got the book last night! I love the autographs, which are almost entirely unintelligible, except for the part that says "Lil Steve".

I think Robin watches Scandal. I don't watch any of those. New shows I might check out are The Americans, and some Jack the Ripper show from England I haven't gotten around to yet.

Hmmm... "Ripper Street" I think. Saw an ad for that somewhere. Jeff and I are halfway through Season 2 of Boardwalk Empire and I restarted watching "Hunted" yesterday. I think you'd like it. British, mercenary spies, kick-ass female lead and Indira Varma (Rome) showed up as a major player in Episode 3. I'm undecided on Banshee so far. I have a suspicion you'd think it's ripping off Justified which I haven't watched yet. The ex-Amish villain is interesting.