I didn’t expect to feature Prince on the Random Friday. Oh, he had a good chance of hitting the 1984 shuffle play, that being the year of Purple Rain. But these things aren’t entirely random … if I can’t find any videos for the first choice, I take the second one, and Prince is well-known for removing himself from YouTube on a regular basis. So I went to check, but I did so assuming the second choice would become first (if anyone cares, it was “Smalltown Boy” by Bronski Beat … maybe next year, Jimmy).

But I actually found a few Prince videos, so Purple Rain, here we come. I don’t have much to say about the song, the album, or the artist … it’s not like anyone reading this has never heard of him. The album has sold more than 24 million copies. The movie won an Oscar for best original score. The song is one of the great power ballads of all time.

The basics of the album came in a live performance in 1983, where the performances were so strong they were used, with studio edits, for some of the album tracks. That show was the first time Wendy played guitar with the band. Here’s “Let’s Go Crazy” from that show:

And the movie version of “Purple Rain”:

Here’s a clip from the 2002 film that was like a 21st-century Purple Rain:

Did you know that Prince could play basketball?

This has nothing to do with Purple Rain, but I never turn down a chance to show it:

And I’m burying this at the bottom, because I’ve told the story too many times. Prince is the closest I ever came to spotting a great one before anyone else did. That’s not true, of course … when I first saw him in concert, he was touring behind his third album. But the show was held in a small club … packed, but small nonetheless. And it was one of the greatest shows I ever saw, and when it was over, you can bet I told everyone they needed to check out this Prince fella. It was the Dirty Mind tour, and I’ll never forget it.

By the time of the Purple Rain tour, I’d seen him … two times, maybe three. The tickets for that show said “wear purple,” so we followed orders … here’s a picture taken before we left for the concert (my contribution was to dye my hair purple): 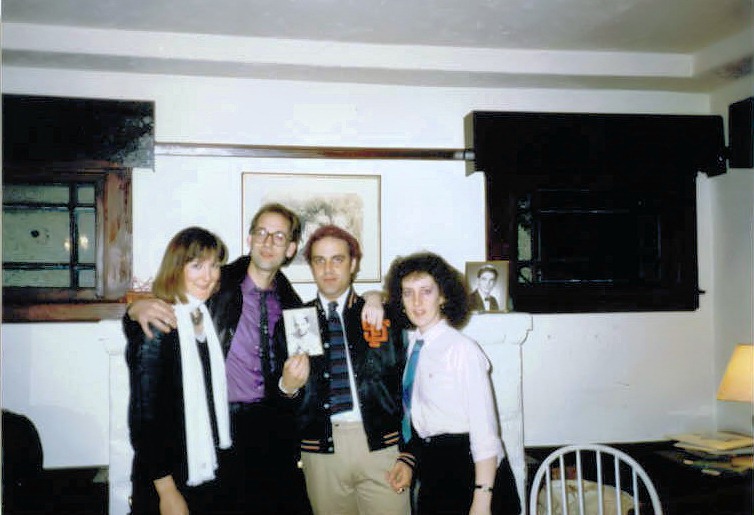 Ah, the 80s. I have no idea why I’m holding a picture of my father.