Have started the process of watching all the TV shows we recorded while we were gone. We could have watched on the Slingbox, but the picture was never quite good enough.

I often describe something I like as “a guilty pleasure, if I believed in the concept.” I just don’t feel guilty about liking something, at least not usually. True Blood’s second season is, so far, a lot like the first … I described it on a friend’s blog as “about fucking and sucking,” a nice enough turn of phrase so I’ll use it again here. Anna Paquin takes off her clothes at the drop of an Oscar, vampires like blood, some humans like vampire blood and others like vampire sex (and some like both), the sex and violence is surrounded by the kind of hilarious dialogue you might get from a road-company version of Hush, Hush Sweet Charlotte, and everyone’s accent is different. I really like True Blood, even though its occasional pretentions to being about something aren’t worth much of our time. Michelle Forbes is a regular now, which is always nice. Really, what’s not to like, here? 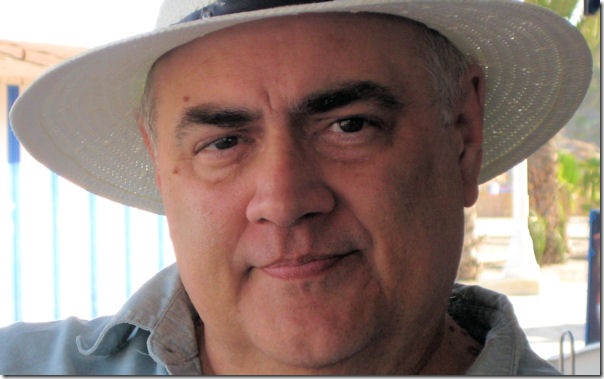 what i watched on vacation

Lots of soccer, to be honest, but there were two movies.

First Man Into Space. Criterion is an interesting company, putting together arguably the most prestigious collection of recorded film ever (from laser discs to DVDs to Blu-ray), but also tossing in the occasion oddball. First Man Into Space is part of a four-film box set of horror and science fiction, and there isn’t much to any of the movies in the set. This one is laughable, cheap, and fun for anyone who grew up on this crap, but why Criterion released it is beyond me. 5/10.

Gran Torino. This one is a lot more pretentious than First Man Into Space, but not a whole lot better. Clint Eastwood once again directs as he acts … he’s a minimalist, economical, never a wasted move. Fifty years from now, people are going to look at those Best Director Oscars on his resume and wonder what the hell people were thinking. One last time, Clint saves the world from their own inadequacies … girl has pep and smarts, so she gets raped, her brother is also a victim of a local street gang, so Clint rides one last time (not only in the movie … he claims this is his last acting job), saves the day, and even gets killed in the process. He goes out with a bang. Eastwood is at his best when we sense he’s in on the joke, that he knows he is an entertaining hack who, as one of his characters once said, knows his limitations. He has produced a solid body of work and nothing more, and I bet he knows that. 6/10.

Tomorrow morning we get on a plane for our return to Berkeley. Not much left to say ... Robin took 40 pictures of the legendary Ayo making paella today, which will become a photo album or something once I get things organized next week. There are lots of other pictures which haven't made it here, yet, that I'll try to get posted at some point. Meanwhile, here's a lovely one of ten happy vacationers: 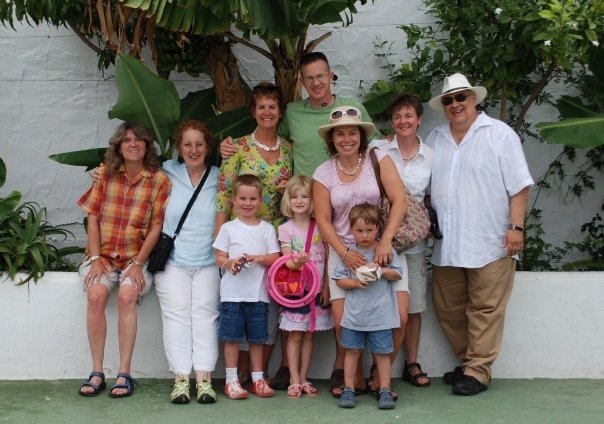 And the #1 thing we'll remember from our trip:

I've had a hard time getting this to load ... as if Michael Jackson has shut down the Internet ... but if you can get through, here is Ann Powers in the LA Times with her usual excellent work:

Quickly filled out before I left for vacation.

1. Donna Summer, “She Works Hard for the Money.”

10. Sonic Youth, “I Killed Christgau With My Big Fucking Dick.”

If love truly is going out of fashion forever, which I do not believe, then along with our nurtured indifference to each other will be an even more contemptuous indifference to each other's objects of reverence. I thought it was Iggy Stooge, you thought it was Joni Mitchell or whoever else seemed to speak to your own private, entirely circumscribed situation's many pains and few ecstasies. We will continue to fragment in this manner, because solipsism holds all the cards at present; it is a king whose domain engulfs even Elvis's. But I can guarantee you one thing: we will never again agree on anything as we agreed on Elvis. So I won't bother saying good-bye to his corpse. I will say good-bye to you.

Lester was almost right. There was one more person on whom we could agree: Michael Jackson. When he did the moonwalk at the 25th Motown anniversary show, it seemed like all of America was watching. The next day, kids across the nation (and more than a few adults) were practicing the moves that, the day before, they didn't know existed. If Twitter had existed when that show aired, the Internet would have been alive with excited tweets from the moment it showed up on the East Coast television feed.
I used to show the clip that appears below this post to classes of college students born after the fact ... it was as hard to get them to understand the context of the pre-moonwalk world as it was to get them to appreciate how startling Elvis was in 1956. They lived in a world that assumed the inescapable presence of Michael Jackson. Of course, they also lived in a world where "Michael Jackson" carried a different meaning than it had in the early 80s, just as "Elvis" meant something other than the King of Rock to subsequent generations who knew him as a fat parody who refused to die in the pages of the tabloids (even after they had posted a picture of him in his coffin).
There is, quite simply, no one today who unites the nation the way Michael Jackson once did. What Lester Bangs wrote for Elvis holds true for Michael as well.

[Edited to replace bad-link video, which may make the comments irrelevant ... don't think so.]

As we near the end of our vacation, there is a tendency, not to jadedness exactly, but towards a feeling that we've seen and done everything we set out to accomplish on the trip, along with all of the surprises that inevitably come our way. This is especially true if, like us, you spend an extended time in the same place. We don't wander all over Europe, we spend one week in this small Andalusian town and two weeks in that Andalusian town. We've been to Nerja four times since 2000, and we have as good a feel for the place as you can have while still being a tourist.

And so, when we went out for a bite to eat around noontime, we knew what to expect. We were going to a new-to-us cafe/restaurant, but we imagined the food would be similar to the other Spanish-style places we had been. And indeed, the Fantas tasted the same, and Robin's tortilla was the same, and my pork chop was the same. The place catered to the British visitors, though ... I couldn't have a bocadillo de jamon serrano but only one of jamon york, for instance ... but it was run by Spaniards and the food tasted "Spanish."
The one thing I'd heard about this place was that the most beautiful waitress in all of Nerja worked there, so I had that to look forward to. Of course, she wasn't there, but that's what I get for such desires. And if the story ended here, there wouldn't be any story at all.
Except ... as we sat in the patio (the Plaza del Olvido, the Forgotten Plaza), a passerby pointed under the table of one of the guests, and our eyes followed her fingers. She was pointing at an iguana.
Understand that I am such a fraidy cat that I would have felt uneasy at the sight of a tiny lizard. To see an iguana ... well, as far as I was concerned, this thing was as big as Godzilla. I don't know the Spanish word for "pet" ... to the best of my knowledge, pets are relatively new to Spanish society ... so I did what I always do when confronted by my insufficient vocabulary, I used ten words to say the one word I didn't know. I asked the waiter if the iguana was "a friend of the restaurant." He said yes ... in retrospect, I think he meant only that they were used to it, eventually someone from a house on the plaza took the iguana inside of their place ... and I guess I calmed down a little bit. Plus I was in Spain, and I'll be damned if I'm going to show my extreme wussiness in front of my countrymen. So, when the iguana made his way to the foot of my chair, I just smiled like it was the cutest thing I'd ever seen, and held my breath until it moved on.
Just when you think you've seen it all, I guess. I know better now than to assume that two weeks in Nerja means I know everything about the place. Perhaps my waiter sensed my unease, despite my efforts to act macho ... as he laid my plate of pork in front of me, he said "iguana chop."