As we get pumped up for tomorrow night's Bruce concert, I find that my post about Working on a Dream has been made a "Featured Post" over on MOG. (I cross-post my Random Tens and assorted other music posts.)

It was a banquet ... I want to say it was for my father-in-law's retirement, but that couldn't be it, so maybe it was for some Lesher charity thing. Anyway, the dinner seating was planned in advance, and for whatever reason, I was assigned a seat next to César Chávez, who was attending. Maybe they thought my Spanish would be useful, I don't know.

I wish there was more to this story ... maybe I should say my five minutes of fame, rather than fifteen. Someone came to their senses, the great man was moved to a more important table, and I ended up sitting next to ... Dan Boatwright, I think, a state senator. Which helps me remember more ... this must have been a dinner for Jerry Waldie, a long-time U.S. Representative who grew up with my dad and who later was great friends with Robin's family. Heck, let's set that clock back to fifteen minutes. Unless I have the story all wrong. (The part about César Chávez is true, even if I've gotten all the other details wrong.)

Into the Wild. Always nice to watch a movie about something I would never do ... you learn something! Sean Penn is kinder to his subject than Herzog was to his in Grizzly Man ... well, Herzog was his own subject in many ways, but you know what I mean. Chris McCandless comes across as more of an idealist than as an obsessive nutcase. In the end, of course, he was probably both. Penn doesn't shy away from either aspect of McCandless, although nature seems a bit too sweet considering how it ends, and McCandless' various encounters along his journey seem a bit benevolent. But the overall effect is interesting, if not inspiring (and I'm not sure it SHOULD be inspiring). Hal Holbrook is fine, although I'm puzzled at the raves his performance elicited. It's good, but no better than the one offered by non-actor Brian H. Dierker as the hippie partner of Catherine Keener (great as always). There is plenty of good acting here, including Holbrook's ... I just don't buy that he was markedly better than everyone else. #188 on the They Shoot Pictures, Don't They list of the top 250 films of the 21st century. 8/10.

Rachel Getting Married. Anne Hathaway justly received an Oscar nomination for her turn as Kym, sister of the titular Rachel. I was reminded a bit of Jennifer Connelly in Requiem for a Dream ... gorgeous Hollywood model/actress takes on role as a junkie and pulls it off beyond our wildest expectations. Or maybe it's only me and expectations. Stupid as it is, I am still more surprised than I should be when a beautiful actor or actress turns out to also be a GOOD actor or actress (see Helfer, Tricia). Hathaway's rehearsal dinner toast is more excruciating than the worst scene in The Office ... you don't just cringe, you want it to end, right now, and Jonathan Demme lets it go just long enough. The family dynamics in general feel authentic, and Hathaway is raw and not always likable. The wedding itself is interesting ... not everyone agreed, some critics thought the movie was far too long because it spent so much time dawdling over the preparations and ceremonies, but I liked the documentary approach. #141 on the They Shoot Pictures, Don't They list of the top 250 films of the 21st century. 8/10.

the no. 1 ladies' detective agency

To get the most obvious thing out of the way: this new series plays like something CBS would have shown ten years ago, not like something you'd find on HBO. Since it is nonetheless on HBO, you'd have to think a large chunk of its potential audience will be missing, at least until the inevitable release on home video.

It's a fine series, based on the two-hour opener. Jill Scott is good (I have no idea how good a job she does with her accent ... I didn't hear any Philly, for what that's worth), as is her supporting cast. The mysteries were a hodgepodge of light and dark, but even the darkest lacked any real sense that the heroine was in danger. Which is to say, it's a pleasant show that takes full advantage of its Botswana setting, which turns the most familiar detective shenanigans into something fresh.

I don't watch much that could be called "family television," and as I say, the fact that The No. 1 Ladies' Detective Agency is on HBO will keep it from being in the homes of very many families. But it's one of the rare shows that I can recommend to pretty much anyone reading these words, which couldn't be said for other, better, HBO series like The Wire, Deadwood, Rome, or The Sopranos. B+.

I knew I'd heard this before. Facebook 2009 = Windows Vista 2007. Same group of people crying waa waa waa because something changed.

Once long ago I spent a week or so visiting friends. There was this other guy there ... didn't know him, can't recall his name ... he was an amiable sort, I have no idea why he was staying there. Anyway, every time someone had to go somewhere ... the store or whatever ... he would perk up and announce, "I think I'll go along for the ride." He didn't have anywhere to go ... he just liked to be with everyone else when they went there. Our cat Six reminds me of that guy. It's an offshoot of her case of feline ADD ... anytime someone in the same room gets up and goes somewhere else, she perks up and follows them into the next room. She doesn't do this for her fellow cats, and she doesn't like to go outside. But inside the house, she epitomizes the old saw about curiosity and the cat (although it hasn't killed her yet).

Last night, my 31-year-old daughter participated in her first-ever fantasy baseball draft. She beat me by a few years ... I was 33 when I did my first one.

I actually know a lot of Davids, but only one gets a birthday greeting here: my brother. The thing about brothers is, they know all of your secrets. The thing about my brother David is, he didn't strangle me even though he knows all of my secrets. Happy birthday, David ... here's to another year of breathing easy! 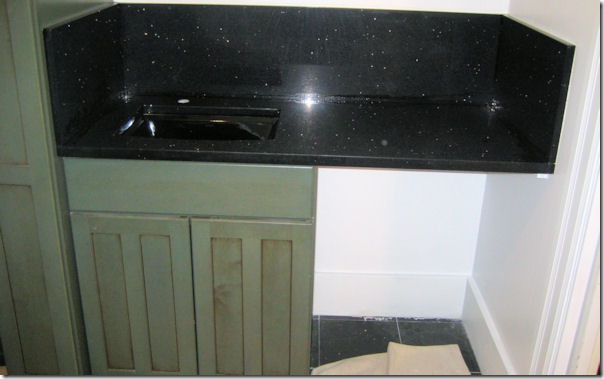 And, since I seem to be posting links today, here's a series of clips from the great Ricky Gervais series, Extras. They are all great, but I'm especially partial to the Kate Winslet and David Bowie ones ... so much so that I've posted them here a million times already. Extras had a lot more going on than just famous guest stars, but the stars are the best clips for those who haven't seen the show.

This is mostly a link to something better, but I thought to add a couple of words of my own. It's actually a link to a link, for a reason ... the original is on a subscription site, so in the past I couldn't link to it. The link is to a blog started recently by Joe Posnanski, a sports writer with more going on than just sports. Joe add a new blog called "The Future of Newspapers" ... SSIA. Today, Joe quoted quite a bit from an off-the-cuff post that showed up on the Bill James subscription site. A couple of years ago I wrote, about a book on James, that his readers all end up taking his general approach and applying that to non-baseball parts of their lives. James' thoughts on newspapers show why. It's not that Bill James is always right, or even that he's 100% right about newspapers. But he rarely just spouts standard wisdom ... even in his off-the-cuff pronouncements, you sense that he's given it some thought. So ... check out "Bill James on Newspapers." And, if you have any interest at all in baseball (I'm tempted to say even if you don't, but I won't push my luck), subscribe to Bill James Online ... it's only $3 a month.

You and I entered the scene at a certain point, where each city had one or two big newspapers which had hundreds and hundreds of features, and they had these things when we were 10 years old and learning to read and they had them when we were 25 years old and 35 years old, so we tended to think of that as the natural and permanent order of the universe -- but it wasn't; it was just a moment in time; the newspapers were very different in 1935 and very different in 1935 from 1910 and hugely different in 1910 from 1885.

Eventually the newspapers -- as a natural outcome of processes that began in 1836 -- became SO big and so expensive that they were dinosaurs, unable to compete with smaller and lighter information providers.

We're back to 1836 now, in a sense; everybody who wants to has his own "newspaper", and it's tough to know who is good and who is reliable and who isn't, but the same processes are still running. The blogs will get bigger; the good ones are hiring a second helper and a third and fourth, and we'll spend a century or more sorting things out and re-creating the market. It's hard, but it's not a bad thing. It's a good thing.