then she kissed me

In honor of Chris and Karen's wedding:

As I was surfing the web tonight, I discovered something called The Bruce Springsteen Special Collection. This collection, which can be found at the Asbury Park Public Library, includes more than 10,000 pieces of writing about Bruce. I was delighted to find that something I wrote back in 1999 is included in the collection. My essay, about the 1999 Reunion Tour, ends with this paragraph:

So Bruce Springsteen constructs a show around a theme of rededication to community, closing each night with the only new song on the tour, "Land of Hope and Dreams," where there is room for everyone, sinner and saint, sending the audience off with the promise that "dreams will not be thwarted, faith will be rewarded." Bruce Springsteen and the E Street Band will move on to other towns, where they will work their magic once again. The true success or failure of the tour, however, will only be felt by the communities within which Bruce fans live their daily lives. If, having been saved by Bruce, we merely return to our former ways, then the concerts are nothing but a good time. But if we strengthen our ties to our communities, what kind of a concert do you have then? One that saves.

Remarkably, Bruce has never quit providing magic. This week, he ended his Magic Tour with shows that are already legendary, particularly the penultimate concert in St. Louis. A few of the friends I first met on that '99 tour attended those shows and sent missives full of rapture. The bootlegs are already making the rounds. St. Louis, being called the best show of the entire tour, kicked off with Bruce singing a gender-switched version of the old girl-group classic, "Then He Kissed Me." As has been happening with increasing frequency as the tour progressed, Bruce used signs from the audience to help choose changes from the initial set list ... at one point, he said the audiences had gotten "sassy" and started turning the shows into Stump the Band by requesting songs they hadn't played in decades. And then, referring to yet another audience sign, he broke into "Mountain of Love": "Standing on the mountain looking down on the city, the way I feel tonight is a doggone pity!" He stuck the old "Not Fade Away" intro onto "She's the One" ... he dug up "Drive All Night" ... and the encores? It was 1980 again. "Jungleland" and the Detroit Medley, and after the usual show-closer, "American Land," he tossed in "Thunder Road," and he STILL wasn't done, he added an eighth encore, "Little Queenie" (once again requested on an audience sign), reminding all that St. Louis was Chuck Berry's hometown. And then? Spotting a sign that read "Sophie Loves Bruce," he proclaimed "We gotta do one for Sophie!" and gave the crowd "the first song I ever learned on the guitar," his old standard, "Twist and Shout." Finally, after nine songs, the encore was complete.

The final night in Kansas City was apparently not quite as momentous, but made for a fine tour closer. He opened with "Ricky Wants a Man of Her Own," a tune so obscure even the hardcore fans didn't recognize it at first (a cut from Tracks, it had never been performed live before). The signs were out in full force, and Bruce paged through them until he found one that caught his fancy: "Let Max Sing." And so Max was given a mic, and they burst into the old Shirelles song "Boys" that was sung by Ringo and the Beatles. Bruce gave Soozie a lead vocal spotlight ... he played "Sandy" in memory of Danny ... he called out for Rosie one last time ... he segued into "Dancing in the Dark" by doing "Save the Last Dance for Me," and invited little Hannah onstage to dance with him (she'd done the same a couple of times earlier on the tour, and proved herself the only person on the planet who could upstage Bruce Springsteen ... this time, she capped her dance with a cartwheel). Finally, they played John Fogerty's "Rockin' All Over the World," and the tour was at long last over.

I was lucky enough to see four shows on this tour, with the latter two being among the best Bruce shows I'd seen in my 33 years and counting of going to his concerts. Not long afterwards, Danny Federici died, as did our own Maureen, who showed no surrender to the end. There's no telling what is next ... they'll play at some Harley Davidson thingie, Bruce is rumored to be showing up at the Obamafest, they are said to be playing halftime at next year's Super Bowl. But with Clarence's health always an issue, with Max's regular gig as Conan's drummer about to become a lot more intense as Conan moves to The Tonight Show, with Danny gone, with Bruce himself nearing 60 ... there may not be too many Bruce & the E Street Band shows left. It's good to know he's still blowing people away.

Sunshine. Fine cast, hokey but effective plot, manages to keep you on the edge of your seat even when nothing is happening. But it gets even stupider as it goes on, half the time I couldn't figure out who was doing what to whom, and so while the first hour sped by, the second hour felt like three. Still, I liked it well enough. 7/10.

There are many kinds of epics, and many ways to go about creating an epic. The Wire was an epic in the way it told a detailed, broad story of an American city over the course of five seasons, but the bits and pieces that constituted the epic were often mundane. David Simon and Ed Burns' HBO mini-series Generation Kill, based on a prize-winning book by Evan Wright, might seem to have the makings of an epic ... war is a reasonable starting point for epic material. But part of the point of their version of Generation Kill is that the mundane was overwhelming. We learn quite a bit about the day-to-day events in the lives of Marines in Iraq during the first weeks of the war, and over time, those details are often all we can hold on to. More often than not, the missions we are shown, which in other series or movies would be an excuse for lots of exciting battle footage, are seen as pointless, with little or no "action" beyond that supplied by the bored Marines.

This makes the appearance of real action pretty startling, which is, I imagine, how it appears to the soldiers as well. Those scenes are more effective for being so rare. Having said that, I can see why some have called Generation Kill the Groundhog Day of war stories ... it's not quite seen-one-seen-them-all, the accumulation of the mundane becomes an issue in itself, but nonetheless you can forgive some viewers for finding the series rather repetitive.

Another problem is that, at least as I saw it, there wasn't much in the way of character development. The assholes were always assholes, the good guys were always good guys, the in-between fellows were always in-between. (And, this being David Simon, pretty much every character was in-between.) As with the series as a whole, what we get from the characters isn't evolution or progress, but instead an accumulation of events. The first time you meet a character, they seem fresh ... after seven episodes, those characters are the same, and the freshness is gone. This isn't a complaint, just a comment on how the show is constructed. The idea behind Generation Kill isn't that the characters go from point A to point Z over the course of the series, but rather than we better understand why they remain at point A after watching them for seven episodes.

I've been known to argue that some movies would be better as television series ... some stories need time to stretch out, at least need more than two hours. But after watching Generation Kill, I wonder if this was a television series that would be better as a movie. The writing, acting, and directing are top-notch ... I was never bored, I was in fact sorry to see the show end. But the repetition that is such a deep part of these Marines' lives could be represented in a more compact fashion. This story could have been told in two hours, or at least two hours and twenty minutes. I'm always happy to watch whatever David Simon offers us, so again, I'm not complaining. But where The Wire needed five seasons to get its story told, Generation Kill didn't really need even seven episodes.

I worry that I am sounding negative when I don't mean to. This was a strong mini-series that, to the extent I can figure out the motives of the creators, fulfilled everything that was attempted. I'm giving the series finale an A grade, and the series an A, and each of the first six episodes an A as well ... that's kinda the point. Generation Kill was never less than an A ... but it was never an A+. Compare this to an erratic series like Battlestar Galactica, which can't seem to get through a season (or half a season) without an episode or two that flops, but which also delivers moments that make one wish for a new alphabet ... A+ just isn't good enough for those moments. Generation Kill didn't have a single "new alphabet" moment. But then, it wasn't supposed to.

Grade for finale: A. Grade for mini-series: A.

In 1968 I worked on Fangataufa preparing for the first French hydrogen bomb. When we first arrived Fangataufa was a lovely place, quiet and undisturbed, with a lot of vegetation. After the explosion nothing was left. No houses, no man-made installations, no trees, nothing. The whole place had to be evacuated because of the radioactive contamination. 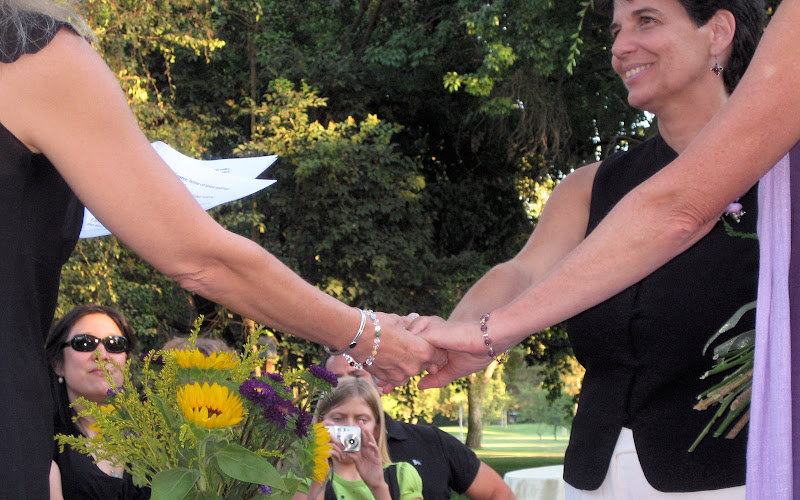 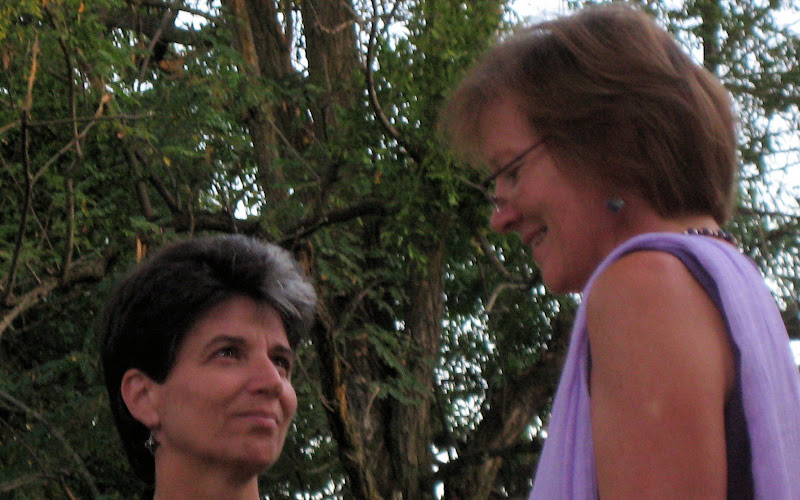 i now pronounce you 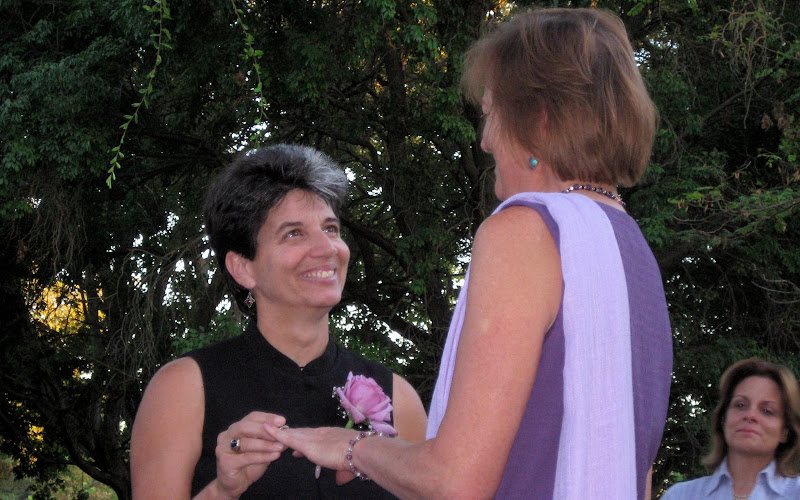 Saw the doctor yesterday, and there wasn't much of interest going on, but I thought I'd post a quickie note about one thing that some folks know has been going on for a bit. I had my right leg x-rayed around the knee area. It showed "a mild amount of arthritis of the knee." Actually, he said "only a mild amount," which sounds even better. He's having me ice it for half-an-hour a night for a few weeks, see if it gets better with just that.

It was my first visit with our new doctor, and he seems like a good one. Robin saw him earlier and agrees.