If you're wondering if Lost can keep up with last season's terrific finale, you can quit wondering. The answer is yes.

If you're wondering if there will be spoilers here, the answer is no.

Surprise is such an elemental part of Lost that it would be cruel to give anything away. I'm guessing most fans have already seen it ... when a show is this locked into its fan base, and when a show is so worthy of multiple viewings, you'd think people would start off by watching an episode as it is aired, rather than waiting as many of us do in the DVR era. But I'm not saying anything, just in case. The surprises are there, the characters are still intriguing, the what-the-fuck ambience hasn't gone anywhere. Lost isn't perfect ... I'd call it streaky, because it can go entire seasons where you wonder why you're watching, and then it can recover and you're on the edge of your seat. Right now, it's in a good stretch.

On this date, 40 years ago, Jim Garrison appeared on The Tonight Show.

There was a time when I would have had to remind people who the goofball named Jim Garrison was. Hopefully that time will come again. But ever since the overrated Oliver Stone made that piece of shit movie JFK, Garrison has been seen by many to be some kind of hero. I assume that most people made their minds up long ago about the assassination of John Kennedy. My point here is to remind folks that in 1968, you could get nearly an hour on the most popular show in late night to discuss your theories. People were interested. And this was still fresh in people's minds, the assassination having occurred only a little more than four years ago.

If you are interested in looking into the story of Garrison and JFK, and are willing to do more than just watch Stone's crapfest, then Google is your friend ... you shouldn't need me to find the links for you. I will add a few quotations, though. First, my own feeling about conspiracy theory in general and the JFK stuff in particular is stated very well at skepticwiki.org:

There is something in the nature of Americans that wants the President to be taken down by a conspiracy, especially one so beloved as Kennedy. It was a great tragedy, and it's human nature to try to make sense out of tragedies, to give it some purpose. A great man like Kennedy can't just be shot by some lone nut; he's a powerful man, so he could only be taken down by a powerful group of men. Saying that he's shot by a lone nut upsets the balance of what people feel should be.

But more than that, the conspiracies give people an odd sort of comfort. We rely on government to protect us from foreign invaders, domestic criminals, and other dangers. The President is the most protected man in the country. If the government can't even protect the President from one lone nut, then what hope is there for the rest of us?

[N]o testimony is sufficient to establish a miracle, unless the testimony be of such a kind, that its falsehood would be more miraculous, than the fact, which it endeavours to establish ... When anyone tells me, that he saw a dead man restored to life, I immediately consider with myself, whether it be more probable, that this person should either deceive or be deceived, or that the fact he relates should really have happened. I weigh the one miracle against the other, and according to the superiority, which I discover, I pronounce my decision, and always reject the greater miracle. If the falsehood of his testimony would be more miraculous, than the event, which he relates; then, and not till then, can he pretend to command my belief or opinion.

Finally, the words of Johnny Carson near the end of his interview with Jim Garrison on January 31, 1968:

You are asking us and the American public to believe that a team of seven gunmen carried this out with precision, firing from various points that day in Dallas, which is a remarkable feat in itself, and disappeared into thin air, with no witnesses who ever saw any other gunmen or getaway vehicles....and a gigantic conspiracy in which nobody seems to have yet proved anything....you ask us to believe that....I find that a much larger fairy tale than to accept the findings of the Warren Report.

Here comes another one. This time, we're in second grade. This is the year I skipped a grade ... after this, I was always a year younger than everyone else in my class, which accounts for my immature behavior, I'm sure. I'm in the front row, fifth from the left. I was six years old. Tina, who scanned the picture, is in the back row, fourth from the left. Bob G, who provided the picture but who hasn't posted here, is right behind me. Small town stuff ... Bob G's dad was my high-school Spanish teacher and, much later, our landlord for a couple of years. Dan (second row, on the right) ... his mom was my kindergarten teacher. The guy in the back row, middle, dark shirt, is Ron ... his family lived next door to ours for my entire childhood, and he was the main reason I was glad I skipped a grade, since it meant I could be in his class. And for those of you who never believed my stories about lily-white Antioch in the 60s, look at any of these pictures and count the black folks. It won't take long. There's maybe half-a-dozen Latinos, tops, and that includes me, which is kinda cheating. 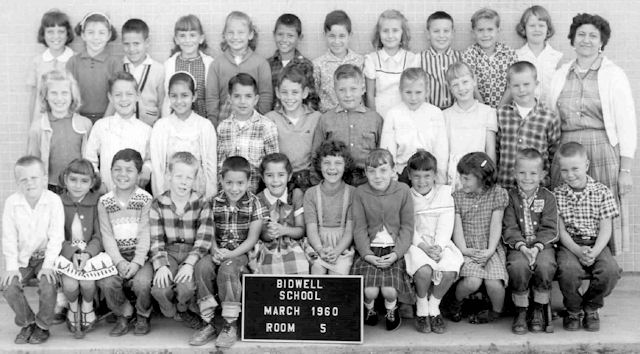 What we in the U.S. call the "Tet Offensive" began on this date 40 years ago. Actually, it's hard to pin down an actual date ... the best I can figure, it was supposed to begin on January 31, but the scope was so great, and the ability to coordinate everything so stretched, that a few attacks began a day early.

The Tet Offensive was the largest military operation by the North Vietnamese, or anyone else for that matter, in the war to that point. The hope was that the battle would encourage an uprising among the people of South Vietnam which would result in the fall of the government in Saigon.

The South Vietnamese and the Americans were surprised by the scope of the Offensive, but eventually rejected the invaders. Many lives were lost on both sides. Looking to the apparent aims of the Offensive, one might conclude it was a dismal failure. But ...

The American people had been led to believe by their government and an often compliant press that the war was going well, that we were "winning," and equally important, that the North was "losing." We were told that the Communists did not have bottomless resources, and they were coming to the end of their rope. For this reason, when word reached Americans that the North Vietnamese had put together an enormous offensive, we put two and two together, realized that the government's version of the war wasn't necessarily the true story of the war, and with that, we became harder to convince, even when, as was ultimately the case for the military aspects of Tet, the American/South Vietnamese armies were victorious.

Obviously, none of this happens in a day. There were people skeptical of the war effort before the Tet Offensive. And the tendency to put clear markers in place where a more gradual progression was happening is an unfortunate aspect of our sense of the past (the fact that I am blogging about "1968" as if it stood for something outside the context of its past and future is an example). Perhaps Tet was less a slap in the face of the average American, and more the straw that broke our backs. In any event, things moved quickly over the next couple of months, as will be seen later.

more tales of my sordid childhood

Looking stuff up in an old high-school annual, I dug up the following inscriptions from my friends:

"Steve, I hope someday you will learn to 'shut-up.'"

"I'm sorry to disagree with you but there are still angels left on earth."

"To Steve - With hopes for a responsible future." (This was from my English teacher.)

My old buddy Tina has uploaded another of her infamous pictures. This one is of our 6th-grade class at Bidwell School: 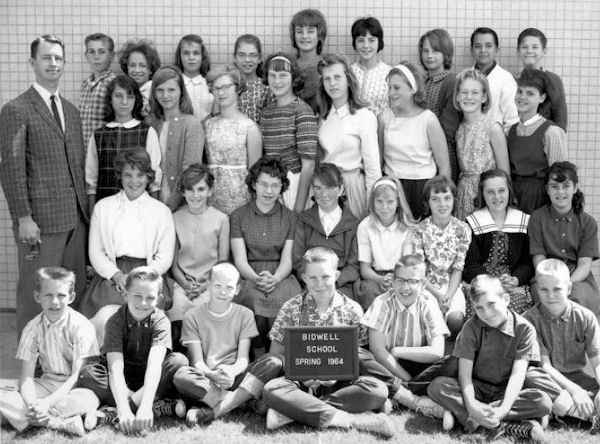 I'm the dork in the front row wearing glasses. Tina's the only other person in the picture who has ever posted here, so I'll point her out, too: second row, second from the left.

the wire, season five episode five (no spoilers of note)

Our occasional commenter, the Undercover Black Man, wrote this episode, and as with his episode from last season, he got to hand Isiah Whitlock Jr. a trademark "Sheeeeeeeiiiiiiiiiiiiit." This one is being touted by fans as the longest ever!

It was another terrific episode, and I don't want to say anything else, since most of you won't see it for another six days.

The best way to describe The Bourne Ultimatum is to note that I came to the picture never having read a Robert Ludlum book, and never having seen any of the previous Bourne movies. I was quite prepared to be lost, plot-wise, since my understanding was this movie would complete the narrative begun in the first two films I hadn't seen. I shouldn't have worried. The plot of The Bourne Ultimatum is irrelevant to the pleasures the movie offers. Rather like a non-comic Road Runner cartoon, the movie spends almost its entire running time in chase scenes. They are quite inventive, they are enjoyable, you can see why the three Oscar nominations the movie got were for editing, sound, and sound editing (not sure why those are three different categories). No one is likely to feel cheated watching The Bourne Ultimatum, and while I have little interest myself in sniffing around for cultural context to analyze, I'm sure it's there. It's just that in this case, I'm not interested. The movie delivers, the characters and situations are completely unbelievable (which doesn't matter except that once in awhile the movie stops for a few minutes and I think we're supposed to find Jason Bourne's situation profound ... it isn't), and I can recommend the movie even to those, like me, who knew little about Jason Bourne going in.