Might as well do this before I go to bed, while things are still fresh. I had a lot to do today, yet for the most part, things just breezed by. One thing about Bruce shows, the high lasts beyond the last actual note.

First, I should note that Thursday marked the third time I'd seen Bruce on October 25, and Friday was our second October 26th show. I have no idea why we see him so often in October.

Songs from Night One that disappeared on Night Two: "The Ties That Bind," "Adam Raised a Cain," "Town Called Heartbreak," "Backstreets," "Your Own Worst Enemy," and "Thunder Road."

Songs that made Night Two but not Night One:

"No Surrender" was the second song of the night. This is a favorite of many … normally it's not one of my faves, but it has special meaning to a friend of mine, and was thus very important last night. The third time I'd seen this one.

"Two Hearts" in the Reunion Tour "It Takes Two" version. Nice to see it back for a night. Ninth time, first since the Reunion.

"Tunnel of Love." Anytime he plays anything from Tunnel of Love I am a happy person. It is far and away the best Bruce album that doesn't get played in concert, for whatever reason. Only the third time I've heard this, and the first one in nineteen years.

"Racing in the Street." The Holy Shit moment of the night for me. Tenth time I've heard it, first time in eight years.

"Working on the Highway." I never look forward to this one, yet it always has a goofy charm. Fifth time, first in eight years.

"Thundercrack." The only non-Magic song making its Steven Debut over the course of the two nights. It was sloppy and I'm not quite sure what the audience made of it, but I had fun seeing it at last.

A breakdown of the two nights: 46 songs total, 29 different songs. By album:

Nothing from: Greetings, WIESS, HT/LT, Joad, Devils and Dust

Highlight both nights was "Reason to Believe." Holy Shit Moment Awards to "Backstreets" and "Racing in the Streets." Magic song most likely to become a Holy Shit moment in the future: "Long Walk Home." Sign that Bruce is still a vital artist: he played nine songs from his new album each night, and the fans were glad. Sign that Bruce's best days are in the past: the highlights of the show were songs that were 20-35 years old. Evidence that Steven doesn't give a shit: he loved the last two nights.

Special shout outs to all of my wonderful This Train friends, to Tom for filling in when Robin couldn't come on Night One, to Robin for being there for Night Two, and the Shout Out of All Shout Outs to Maureen, who doesn't read this blog and will likely never see this. Maureen, Robin and I will always think of this as the Maureen Tour. We're proud to know you. 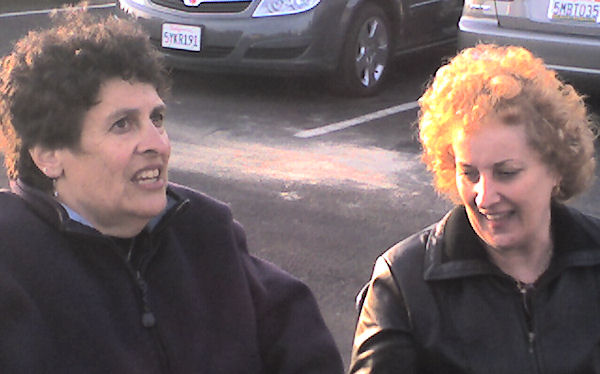