We drove a couple of hours to Creston, Iowa, and everyone met at the funeral parlor. There was a very big turnout. Lots of family and friends ...special notice should be made of Bill Kelley and his wife, Carol's sister Marilyn. The old country preacher (his phrase) said a few words, then Carol's son-in-law Dan sang Bob's favorite song, "Red River Valley."
Then we drove to the cemetary for the finish to the ceremony. It was very touching when two men from the VFW presented an American flag to Robin.

We just drove across the border into Iowa. At long last, I am in the land of my wife. A horse-drawn buggy just rode by in the opposite direction.

We're in St. Joseph's, Missouri, at Carol's house. Tomorrow morning we'll drive to Iowa for the service. Neal and I will be among the pallbearers. Carol is very sad ... what a lame thing to say, but it's true.
After we landed at the KC airport, we got in the rental car and drove to a BBQ joint so we could say we'd had KC bbq. Now everyone is in bed, except me, typing away.

While I sat in the Phoenix airport, I watched Sevilla-Bilbao (GOLTV) on my Treo via Slingbox.

This is a screen cap from the Slingbox. It hasn't been adjusted in any way … in fact, it's a bit worse than the original because I compressed the file before uploading it to use less space. 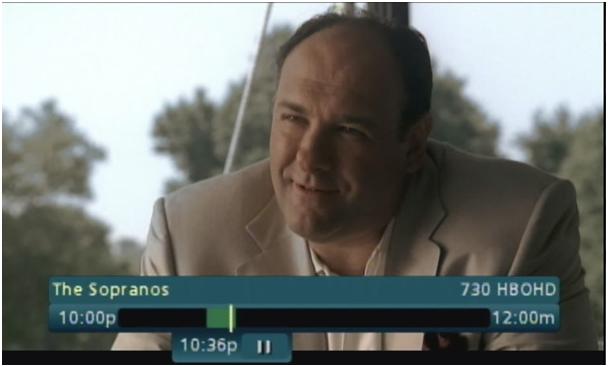 when the computer slings 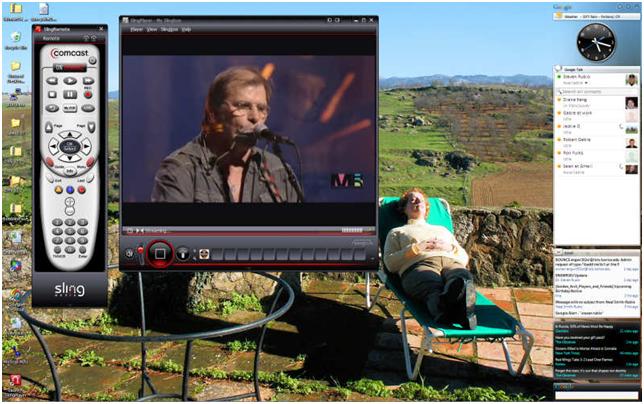 This is ridiculous. As I type this, I have the Manchester United-Middlesbrough match in a separate window. This isn't completely unusual … there's a TV tuner built into the computer, I've run the cable into the computer (without a box, though), so I've always got access to channels 2-83 or so. But with Slingbox, I have access to every channel I get from Comcast. So the match I'm watching is on Fox Soccer Channel (401), or I can change to HBO. I can call up a picture of the Comcast remote control and do all the things on the computer that I can do with the "real" remote. I can use the DVR to watch something I recorded on another day. I can schedule future recordings. I can watch On Demand programming. There is pretty much no difference between what's in the window on the monitor and what's on the television in the other room.

The video is pretty good … not perfect, but better than most streaming video. Audio as good or better than the video. There are some caveats … I'm watching right now on a computer connected to the same network as the Slingbox, so outside of a lag of a few seconds, there's not much going on. But I haven't tried to watch from a remote computer yet, and I assume that will look noticeably worse. I also haven't tried watching on my Treo yet, and that might be even worse, since they are only in beta on that process. Finally, as I understand it, the one part of installation that isn't a breeze is setting up the Slingbox and your network for remote access. So I won't know about that until I try it.

But the initial impression is "what took us so long." It's clearly excessive … we already have two cable boxes w/DVR, three if you count the fewer-channel version on the computer. I can appreciate that most people would wonder why we "need" anything more. But the ability to watch all of this stuff on the computer monitor will certainly make our lives easier … boo hoo, I know. If I figure out how to make it work on the Treo, that will be nice. If I can make it work remotely, that will be cool (might have to take the laptop to Europe after all to watch those last Sopranos episodes).

One limitation grows out of something the Slingbox does "too" well: I really am in complete control of the cable box, which means if I change the channel, and Robin is watching TV through the same box, her channel will change as well. The Slingbox takes over everything. Including my life, I suppose …

I get home from the Giants' game tonight, and a present from Robin is awaiting me: 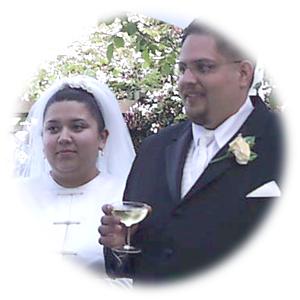 One of the proudest days of my life came five years ago today, when I performed the marriage ceremony for Neal and Sonia. Here is an excerpt from that ceremony:

When you are young, you take pride in the things that you accomplish for yourself. As you join with others, not only in marriage but in friendship and in the workplace, you take pride in what you accomplish as part of a team. But there comes a time in your life when you realize that, in an odd way, you can take pride in what others accomplish with your help. When you watch the fruits of your life ripen into something that feeds others. Your pride is less in yourself than it is pride in your influence on those other people. I look out at all the people who have come here today, and I see people on whom I'd like to believe I've had some influence. And I certainly see people who have had that influence on me. Today, I am proud of my son, of the life he has created for himself, of the partnership he has formed with Sonia, and, yes, I am proud of whatever influence Robin and I have had on what has led Neal to this day. And I am proud that Sonia is a part of our family. I won't say I am proud to welcome her into our family, for in fact, she has been a part of our family for many years, now. But I am proud to join Sonia and Neal today in announcing to the world, esto es mi familia. This is my family.