Another blast from the past. Robin’s dad is moving, and Sara dug out some old photos. Here are two. I’m not sure when the first one was taken … after 1978 and before 1981 is the best I can do. The man behind Neal is Robin’s dad, the blond-headed guy is Robin’s stepbrother Daniel, and I can’t remember who the other guy is. Sara has her trademark suck-thumb-with-finger-on-top-of-nose trick going, while Neal has his Johnny Ramone hair-do … not sure he’s ever forgiven us for that. Hey Sara, I think the shirt I’m wearing was velveteen or something like that: 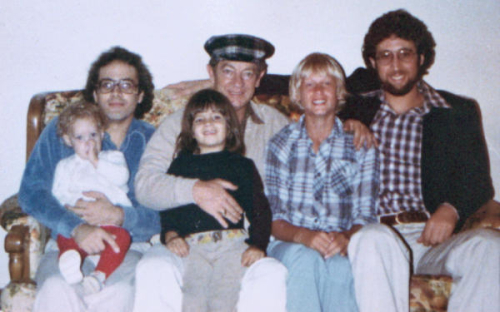 The second is from August of 1984, and was taken at Robin’s sister Tami’s wedding. As you can see, Neal and Sara were in the ceremony … he was 9, she was 6: 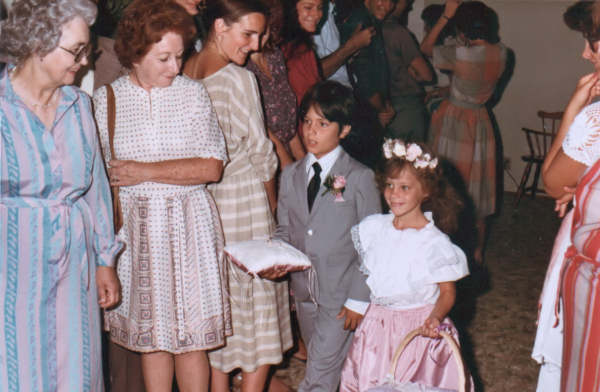 I believe that's Steve Sabatini, Tami's lawyer boyfriend who had a Hobiecat.

In the top picture, the guy you can't remember is, indeed, Steve Sabbadini, who Tami dated briefly all those years ago. He is a criminal defense attorney in Woodland now and I just happened to talk to him yesterday for the first time in 25 years :0!

And, that's me to the left of Neal in the wedding pic. Wow, what a freaking ugly dress!!!