We just watched the second episode of Life on Mars, and it’s a pretty intriguing series so far, with a caveat I’ll get to in a moment. If you haven’t heard, the premise is that a cop is hit by a car and goes into a coma, from which he emerges in 1973. It’s not quite as simple as that, though, because we’re never quite certain if 1) he’s really been transported to 1973, or 2) he’s imagining it all from his coma in his hospital bed. The recreation of 1973 is subtly funny, and the main characters are enjoyable.

BBC America has a habit of editing down BBC series when they show them. When I’ve been aware of this in the past, I’ve simply ignored the programs. But I didn’t realize this was the case with Life on Mars, and now I’ve seen two (chopped up) episodes and I’m hooked. Comcast is showing the episodes On Demand, and that will help … apparently, a rough estimate is that the telecast version is about 42 minutes with commercials, the On Demand version is about 52 minutes, and the originals are 58 minutes. So we’re losing something, but On Demand would appear to be the way to go.

Meanwhile, The Comeback with Lisa Kudrow is now available on DVD. I can’t say anything about this show without repeating myself … I went looking for earlier posts on the subject, and they were all the same. So I’ll say it one more time. Kudrow is brilliant in the show, playing the kind of self-absorbed character, like Larry David in Curb Your Enthusiasm or Ricky Gervais/Steve Carell in The Office, that is funny, but not as funny as it should be thanks to the fact that the character’s actions are excruciating and embarrassing to watch. Kudrow’s Valerie Cherish is the most unsettling of all these characters, so much so that the show is often very hard to watch (no surprise that it only lasted one season). That unsettled feeling is purposeful … Kudrow said in an interview:

I do believe that TV de-sensitizes us to things like violence, sex and now dignity has gone out the window. Watching a person lose their dignity used to be uncomfortable, and now it's an expected part of the program that we're becoming comfortable with. A loss of dignity can be funny if no one notices it going except the audience. When everyone can see it being taken away, or handed over as payment for fame, it's hopefully uncomfortable.

It is, in fact, very uncomfortable. Many similar characters, like “Larry David,” are clueless. Valerie Cherish knows what is happening to her, knows the indignities she suffers, knows that she’s part of the cause, and yet she goes on.

If the above intrigues, you, though, it’s a pretty good show.

OK, in honor of the still on-going email conversation happening between us Antioch High alums, I present the photos of eleven of us, taken from the 1967 yearbook. We attended Antioch Junior High School, which was grades 7–9, and we were all 9th graders. This is everyone I could find who is a part of the email thread. There was more than one junior high in Antioch at the time, and some of the people in the conversation were from a different class. 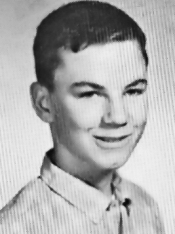 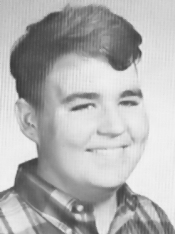 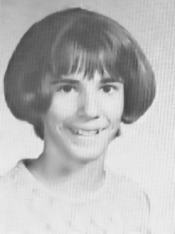 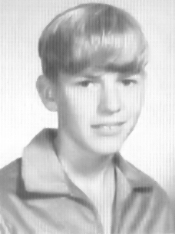 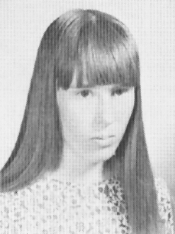 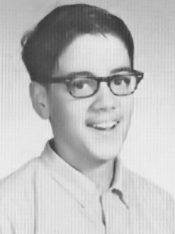 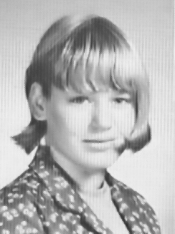 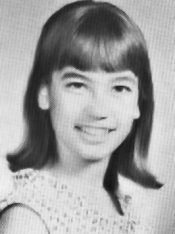 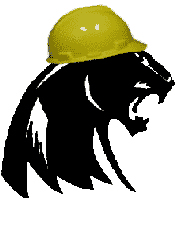 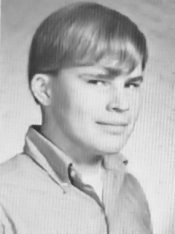 Eight days ago, I noted that the Giants were in first place. Since then, they have lost seven games in a row. What’s worse, the last six came on a road trip in which the Giants played two last-place teams. And lost. Every game.

Giant general manager Brian “Genius” Sabean made one move during this time, trading a fair-to-middling prospect for a 39–year-old relief pitcher, then sending one of the team’s better relievers this year down to the minors to make room for the geezer.

At least one person made me laugh. Lord Buckeye over on alt.sports.baseball.sf-giants posted a message with the header “Buck O’Neil.” Always interested in news about Buck, I clicked on the header and read “Think Sabean might get him?”

Not to go into “told you so” mode, but may I refer you to the San Francisco Chronicle of February 19, whereby Henry Schulman wrote an article about Brain Sabean that explained how successful the Giants had been under Sabes’ tenure? I was interviewed for that piece as the “guy who didn’t believe in Sabean.”

I suppose actors are grateful for defining roles, if those roles allow them to remain employed the rest of their lives. But I also suppose it's hard to break out of people's preconceptions, if an actor has had a defining role. James Gandolfini was in a lot of movies before The Sopranos, but will we ever see him again without thinking of Tony?

Showtime has nowhere hear the audience size or the cultural buzz of HBO, so saying an actor had a defining role on a Showtime series does not mean the effect of that role is the same as it would be in the case of someone like Gandolfini. But for those of us who stuck with Queer As Folk through all of the seasons, it is v.difficult to imagine Gale Harold as anyone but Brian Kinney, which will be his curse for a long time. He showed up for a couple of episodes as a DJ on The Unit, wearing a scraggly beard, the complete opposite of the gay icon that was Brian. And he's got an upcoming series on Fox or FX or something like that where he plays an FBI agent, or something like that ... you can see I don't know too much about it.

Meanwhile, tonight, Gale Harold (I actually began to type "Bri ..." before I caught myself) will begin a stint as Wyatt Earp on Deadwood. The best show on television, and one of the most iconic actors of his time, together at last. I am very interested to see how this plays out.

med of the day: lipitor 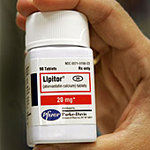 This one’s a cholesterol medicine. According to Wikipedia, it is the largest selling drug in the world. I think they’re forgetting about illicit drugs, but what the heck. I take five meds a day for blood pressure … I take one for cholesterol.

Kaiser now lets me look at my lab results online. Only my most recent ones are there … on May 12, my cholesterol was 167 (below 239 is OK), but my HDL (good cholesterol) was a little low, and my triglycerides were a little high.

What I was doing in the previous post was writing the post in Writely, and then posting it from the program. It didn't work quite right ... the title didn't post, and it won't all for categories (I went back and fixed them). So I don't think I'll be using Writely for this, yet. But I had to try.

And what is Writely, you ask? Part of the Google World Takeover. Writely is their web-based word processor, although a more accurate description would be text editor with html/rtf functions. You can load Word doc files into Writely, but as far as I can tell, you can only save them as html files. In fact, I'm not sure you can save the files to an external source. You can publish them online, but you can't save them to your hard drive, unless I'm missing something, which is certainly possible.

Basically, Writely is a bit too crippled at this point to be very useful. Maybe as the Google version of Outlook Notes. Google Spreadsheets are better so far.

But ... you can collaborate with Writely, in close to real time, so two or more people can edit a document simultaneously, or at different times. Any file you create with Writely, you can add collaborators (or add none, of course). I'm thinking there's got to be some use I can put this to in my online classes.

As with many of Google's products, Writely was another company's program, Google bought it, it's in beta, and you can only get it via invitation. But invites are even easier than Gmail invites ... all you need is for someone with Writely to invite you to collaborate, and you are instantly able to use Writely, as well. It goes without saying, I'm happy to invite folks that I know, if they are interested.

Trying something new here, have no idea if it will work. If it does, I'll explain myself in a later post.

want office? get it now

Right now, you can download Microsoft Office 2007 Beta 2 for free. Eventually, of course, when it finally comes out of beta, you'll have to pay for it if you want to continue using it, but for now, it's free. Except that Microsoft is going to start charging for the beta, beginning next Wednesday.

So if you want it, get it now. I've been using it for a month or so, and while it isn't completely stable, I'm quite happy with it overall. YMMV, of course.

And yes, this is a Windows thing.

According to Google Desktop, here are some things I was doing around 5:00 in the afternoon on July 29, on various years. (The actual time/date isn’t really 7–29 at 5:00, esp. as the listings get older … but they’re as close as Desktop can find.)

2005: Reading a student essay about the book Glass, Paper, Beans.

2003: Letting my Mass Comm students know their papers would be returned a bit late.

2002: Doing something unknown with Microsoft Office.

2001: Reading a student essay about quackery.

2000: Helping Neal and Sonia write a tenant resume … well, someone was writing it, anyway, probably not me.

Stuff I’ve written on Usenet on July 29 over the years:

2002: Participated in a thread about people waiting to buy The Rising.

1999: Complained about the Giants getting Livan Hernandez.

1998: Reminisced about one of Willie McCovey’s last games.

So, let’s see. Over the years I’ve obsessed about students, software, the Giants, Bruce Springsteen, and HDTV. And sat around while Neal and Sonia worked on their tenant resume. It’s nice to know I haven’t changed a bit since 1998.

Here’s one more, another example of obsessions that never go away. In 1984, 22 years ago today, I attended an Olympic soccer match between the USA and Costa Rica. Ricky Davis scored twice in the 3–0 win for the US.

Chris and Karen recently moved to Sisters, Oregon, and over the past few days Chris has been posting updates on their blog about the forest fire near their house. I just got an IM from her telling me that they have to evacuate … hope for the best and think good thoughts for them.