worst day of my life

Not really, I'm just referring to a movie I just watched again. Office Space. When it was over, Robin, who had never seen it and who didn't like it, asked "who was this movie made for?" I told her it was made for disgruntled office workers. She rolled her eyes.

Hey, I know it's not much of an anecdote, but I gotta post something here or people will wonder where I am. (The answer to that question can be found in my post for October 28.)

there are actors, and there are spectators

I'm really pretty bummed out, the way these people have treated me here. I thought I gave them a lot over four years. What they didn't realize is, they can talk all they want, but they don't have an effect on the result. I do. So maybe next time they'll shut their mouth.
-- Landon Donovan, after his team defeated San Jose in the playoffs

where i'll be tonight

It's playoff time for Major League Soccer, and tonight I'll be at Spartan Stadium rooting on the Earthquakes for what may be the last time ever. (OK, that's a bit dramatic, but there is still no assurance that the team will be in San Jose next year.)

The MLS playoff structure works like this: a two-game, total-goals-count matchup, the winners advancing to a one-match clash, with the winners of that meeting for the MLS Cup. I won't bore everyone with a retelling of the Tale of Landon Donovan, but he plays for the hated rivals from Los Angeles, and sure enough, Los Angeles is who the Quakes are meeting in the first round. This is probably appropriate ... San Jose vs. Los Angeles continues to be the greatest rivalry in MLS, and this season added the whole Donovan-moves-to-L.A. thing. Meanwhile, the Quakes won the Supporter's Shield for the best record during the regular season.

And last week, they went down to Los Angeles for the first leg of their matchup, and stunk up the joint. By the end of the match, LA was up by two goals.

So tonight is the night. The Quakes have to make up three goals ... two will only get them into overtime. It ain't gonna be easy.

But, of course, there's 2003. In 2003, the Quakes and Galaxy also met for two matches. The first match was in SoCal. LA took a two goal lead. And then, on November 9, 2003, the Earthquakes and Galaxy played the Greatest Match in MLS History (tm). LA scored two quick goals to increase their lead to FOUR ... and then the Quakes came back, slow but sure, to score five unanswered goals and win the matchup (and eventually, the MLS Cup).

I'm hoping tonight isn't the Greatest Match in MLS ... I don't want the local lads to fall behind any more than they already are ... I want them to win, and I don't need to be excited about it. But two goals aren't easy to make up, and so this might be the last time I ever watch the San Jose Earthquakes.

see you in a month

Look what came in the mail today: 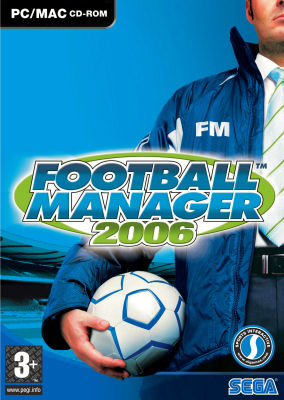 1. ZZ Top, "I'm Bad, I'm Nationwide." I always thought this should be the Bad Subjects theme song. From Deguello, far and away the best album ZZ Top ever made.

2. Bruce Springsteen, "The New Timer." One of those long songs on Tom Joad that work better as a short story than as a song.

3. Jackson Browne, "Running on Empty." I'm not a big fan, but in the end, don't care one way or the other. I like this song OK, though.

4. Sleater-Kinney, "Sold Out." 76 seconds of lo-fi thrash from the pre-Janet era.

5. Fleetwood Mac, "Go Your Own Way." It seems kinda odd, now that Fleetwood Mac are one of the all-time classic rock bands, but the first time I saw them, in the late-60s, they were as filthy/grungy as any act I've ever seen. That was before Stevie and Lindsey joined the band, of course ...

8. Graham Parker & the Rumour, "Fool's Gold." I think Parker's come up in the random ten, and I probably said something about how his first albums were as good a run as anyone's ever put together. "Fool's Gold" is another one of those many, many songs from that time that I love to this day. Here's an example: when I make these lists, I shuffle all my tunes and pull the top ten off the list. I listen to each one for as long as it takes me to write a little something, then I go on to the next one. But when a song I really love comes on, I have to play it all the way through. Like this one. "Keep on lookin' for that / fool's gold."

9. Elton John, "Take Me to the Pilot." The Ryan Adams of his day. Honestly, what the hell is this song about? (That's not a complaint, by the way.) (And that Ryan Adams line wasn't fair. Elton John made more good records than Jackson Browne and Ryan Adams combined.)

Season One finale, but in all likelihood, the series finale as well ... rumor is it won't be picked up for another season.

And I'm not sure it deserves another season, anyway. The scenes "over there" in Iraq were usually good and sometimes more than good, although they weren't exactly groundbreaking ... when I was a kid, the show was called Combat and it took place in WWII, but it was the same thing, small squad of men confronting life and death. The basic problem with Over There was that there were far too many scenes of Over Here. The stuff back home with the wives and husbands of the soldiers was excruciating ... if I'd been watching alone, I would have fast-forwarded through every one of those scenes the entire season, and not missed a thing.

And special reverse kudos for the theme music. When you watch something on a DVR, you don't just skip through the commercials, you skip through opening credits, too. If a show happens to have a mediocre theme song, you don't care because you never watch the credits. Well, Over There has its credits at the end of each episode, and has some little added drama during those credits, so you can't just turn it off, and that means you have to listen to the theme song, and it is horrible, just insipid. Every episode, even ones that ended with a particularly emotional moment, was spoiled by the sound of the strumming guitars that signaled yet another round of that fucking theme song.

One thing I was reminded of watching Over There is that sergeants are always the best characters. Sergeants are the best because they get to show leadership qualities, but they also get to be smart-ass rebels because they aren't officers. This was definitely true in Over There ... as in Combat, the sergeant was the best thing about the show.

Grade for season one: B-

I watched Festival Express today. It's a documentary about a music festival in the summer of 1970 where a bunch of musicians traveled on a train across Canada, playing concerts along the way. The movie itself is equal parts delightful and irritating, but that's beside the point.

The performers include the Grateful Dead during their "Workingman's/Beauty" days, The Band when everyone still had beards, Buddy Guy, the Flying Burrito Brothers, Ian and Sylvia, the atrocious Sha Na Na, with Delaney and Bonnie wandering around the train singing and playing as well. Yet the movie only lights up three times, and all of them include Janis Joplin. She was dead a couple of months later. She's the most alive thing in this movie, though. She sings "Cry Baby" and "Tell Mama," and she's great. The third thing is a wasted Rick Danko leading Janis, Jerry and others in a bizarre version of "Ain't No More Cane" that has to be seen to be believed.

Mark Evanier pointed me to this new feature of Google video search:

The Archive of American Television

The Archive of American Television strives to preserve the rich history of television by videotaping interviews with the individuals who pioneered the medium.

By utilizing cutting-edge technology, this Archive will be a digital encyclopedia of television, accessible worldwide by students, historians, and the public. In fact, the Archive has covered virtually every social, economic and cultural events of the 20th Century, which will be used to educate and inspire future generations.

Now that the White Sox have won the World Series, there are only two teams left who have waited longer than have the fans of the San Francisco Giants.

The Giants moved to San Francisco in 1958, and have never won the Series. Of the teams that existed in 1958, only the Cubs and Indians, along with the Giants, have failed to win it all in that time.

There are Cleveland fans out there who remember the last time the Tribe won it all (1948). While it is less likely that anyone out there remembers the Cubs' last title, which was in 1908, it's not impossible ... surely there's at least one person. They'd have to be ... well, about 100 years old, which would have made them three in 1908, so they wouldn't actually remember. So maybe they are the longest-suffering. But somewhere, there is a Chicago Cubs fan that was alive in 1908.

Which means no baseball fans have had a longer drought than Giants fans. Our team has existed for 48 seasons; they have won a grand total of zero World Series.

I think this at the end of every season, as I watch some other team celebrate.

I have little to add to the many comments about the coming out story of basketball star Sheryl Swoopes ... others have been quite eloquent. I won't provide links ... every news outlet has the story, you can find it if you haven't already.

I will make a prediction, though. Swoopes will get much less backlash than is expected. It's not that I think America is ready for gay athletes, although that might be true. It's that, rightly or not, the WNBA (athletes and fans) has a reputation as a "lesbian" league, so while there may be surprise at an individual, particularly one as great as Swoopes, coming out, there will be little surprise that there are lesbians in the WNBA. More importantly, though, I believe that America has an easier time with gay women than it does with gay men (which doesn't mean I think gay women have it easy). When the male equivalent of Sheryl Swoopes comes out, then we will see the backlash.

In the meantime, congratulations to Sheryl Swoopes ... she deserves them, and I hope I'm right that the backlash will be minimal.