will the circle be unbroken

We're driving down the highway tonight. Robin behind the wheel, me riding shotgun. In the back are Robin's dad Bob, who's 78, and his girlfriend Carol, who turns 73 on Monday. We're driving back to Bob and Carol's house after dinner out for Carol's birthday. On the car stereo is an MP3 mix disc I burned that had songs I thought our guests might like ... mostly country music, and a lot of that music was by Willie Nelson.

On comes "Will the Circle Be Unbroken" from the mid-70s. Willie sings what seems like a billion verses ... after each verse and chorus, somebody in the band plays a solo. The song goes on for a very long time, and with each chorus, one or more of us sings along ... "will the circle ... be unbroken ..."

This is part of what Willie Nelson represents: multiple generations of Americans singing along to a venerable classic. 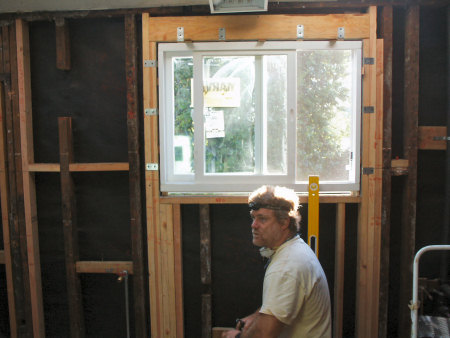 Hasil Adkins always struck me as ageless. I first heard him in the late 80s ... new to me, I didn't realize he'd been making records for three decades already. There's really no way to describe The Haze if you haven't heard him, and if you have heard him, you don't need to be reminded what he sounded like. A one-man band whose voice was Rockabilly Beefheart, his lyrics were unlike anything you've ever heard. Honest. As AMG notes, "Songs about eating peanut butter on the moon, chopping girls' heads off and mounting them on his wall, and doing something called the "hunch" are typical lyrical fare for Adkins."

I was introduced to Hasil Adkins by a woman I met on CompuServe back when I worked there. Never met her in real life ... she just disappeared one day ... but she used to send me packages with all sorts of stuff, mostly music, vinyl, mix tapes, everything. Nicest person I ever met, except I never met her and she disappeared. She made me a tape copy of one of Lester Bangs' albums, and sent along a bunch of 60s crap-rock anthologies like Las Vegas Grind, Pt. 1, with pictures of strippers on the covers ... then, when I told her I thought these were quite entertaining, she said if that was the case, she knew something I'd REALLY like, and that's when she sent me a Hasil Adkins compilation tape. Damnedest thing I ever heard ... still is, for that matter.

Hasil Adkins died Tuesday at the age of 67. Here's a line or two from "No More Hot Dogs":

Now, baby don't you be, be afraid
'Cause you don't wanna eat, eat none today
Gonna put your head on my wall
And then you can't eat no more hot dogs

I've been reminded that I haven't posted anything recently about the American version of The Office, which finished its first (and probably last) season recently. I can be forgiven for not remembering the show had run its course, since the premiere was only a month ago. The initial season was only six episodes, and by the end, ratings were very poor, so six is probably all we'll get.

The Office suffered from several problems, many of which simultaneously made the show better and probably made the ratings worse. It emulated the British original in filming not as a traditional sitcom but as a faux-documentary look at office life, with no laugh track and lots of embarrassing pauses. This was a smart move artistically, but it's entirely possible it threw off viewers, who quit watching pretty much right after the pilot episode was shown.

This was also a show that begged comparison to that British original, which generally doesn't help. The Office was the first show where I had actually seen the original ... never saw the original Queer As Folk or Cracker, to name two recent examples off the top of my head ... in the case of those latter shows, I was able to enjoy them without making unflattering comparisons. Since the British Office was one of my favorite shows, though, I had pretty low expectations for the American ripoff.

Surprisingly, I liked the new one quite a bit. Not sure how long I would have stuck with it ... my living room is littered with the corpses of perfectly fine sitcoms which caught my attention for a few episodes, even an entire season, only to be forgotten because they don't have much staying power for me (see Malcolm in the Middle or The Bernie Mac Show for recent examples). The American characters were pretty good, particularly Rainn Wilson as the "American Gareth". Steve Carell had an impossible task, matching up against Ricky Gervais' "David Brent," one of the great creations in teevee history. Carell didn't really try to imitate Gervais ... he had his own take, it wasn't a classic, but neither did it stink, and it was interesting in its own right.

In the end, I laughed some at every episode, and that's not to be sneezed at. This version never reached the uncomfortable pathos of the British model ... an interesting pathos it was, too, not the kind that Chaplin would pull out of his ass to make his audience cry and identify with his little tramp, but the kind where David Brent was such a sorry, worthless mofo yet you felt sorry for him because he was a CLUELESS sorry, worthless mofo. I never felt sorry for Carell's character ... you got the feeling if he actually realized what impact he had on people, he'd keep doing it anyway because he was an asshole, whereas David Brent would have promised to change (and then gone on doing it anyway).

This is a show that will soon be forgotten, which is probably appropriate, but when it comes to mind sometime in the future, it shouldn't be remembered as an artistic failure ... it was good enough.

Grade for season/series: B+
Grade for original: A+

Our season total so far:

This is interesting when taken in the context of my previous post: tonight in Texas, Bruce played "Two Faces," a Tunnel of Love song he hasn't played since the tour supporting that album in the late 80s.

Meanwhile, in a largely unrelated post, I've spent the last hour listening to live James Brown music. The usually astute Scott Woods commented that the JB of Live at the Apollo "never grabbed" him. This inspired me to play one of my favorite tracks of all time, "Lost Someone" from the '62 Apollo album. I was on a roll, I guess, because I followed it up with the long "Man's World" medley from the '68 Apollo album, which also incorporates another version of "Lost Someone," and right now I've got "Cold Sweat" from Dallas '68. There's really nothing else I can play after JB that will affect me ... guess I'm done with tunes until tomorrow.

Only a week to go until the concert, so here are some recent Bruce observations.

I've had a chance to listen to Devils & Dust several more times, in several different environments, and my subsequent impressions are better than my first one. The songs still run together in my mind, and I suspect this will rank about with Tom Joad in the future. As with all Bruce's albums, I'll withhold any further judgment until I've seen the songs in concert. The CD has a DVD on the flipside ... you can listen to the album in 5.1 surround while the lyrics show up on your teevee screen, and you can watch a 30-minute "documentary" of Bruce singing five of the songs in an unidentified room, with occasional comments. The film offers a nice preview of the solo tour, and the surround mix is very nice.

Meanwhile, Bruce showed up on VH1 Storytellers. The format of the show is frustrating ... most of the songs were interrupted with Bruce commenting on the writing of them, and while he had some interesting insights, when he broke a song down line-by-line it was a little excessive. There were two highlights, though. One came in the extended version shown on VH1 Classic: Bruce doing a Smokey Robinson imitation that wasn't very accurate but was quite winning in its flawed charm.

But the best moment came on a song Bruce sang with Patti. I wrote two years ago that we haven't seen Bruce sing any songs from Tunnel of Love since 1992, and that's still the case although we've seen him another three times since that blog post. Since Tunnel is one of my favorite Bruce albums, I'm saddened by the absence of those songs. Well, on Storytellers, he said that while "Brilliant Disguise" might seem sad, if you sing it with someone you love, the meaning changes ... and he introduced Patti, and they sang the song together, and damn it was nice to hear after all these years.

Landon Donovan left the San Jose Earthquakes to play for Los Angeles, and he seems upset to hear that we are going to boo the shit out of him when he returns to San Jose as a member of the opposition. Soccer America quotes him saying, "That team went from five horrible years to four pretty-damn-good years, and people just throw it out the window and forget about it in maybe a week's time. That's pretty sad."

Dear Landon: look in the mirror. The fans aren't the ones who abandoned San Jose, and we haven't forgotten a thing. You're the one who has forgotten, pal, and yes, it's sad.

Meanwhile, Cynthia and I went to the Giants game today. We left after five innings, with the Giants comfortably in front and the rain pouring down pretty hard. We assumed the game had been called, but when I got home, they were still playing, so I guess I broke my usual rule about leaving early. The rain sucked, though.

If I had something else of interest to say, I'd say it.

Thanks to East Bay Eileen, Robin and I will be at the Paramount Theatre on May 5 to see Bruce on his solo tour. Thanks, Eileen! We saw Bruce at the Paramount in 1975 and 1976, the first two times we saw him in fact, so our 30th anniversary of Bruce concerts will return to where it all started.

what i'm apparently listening to

I just noticed that MusicMatch keeps track of how many times you've listened to a particular track. I tend to clean out my library once in awhile ... inadvertently, I usually erase it by accident ... so it's only guaranteed to be accurate over the last few weeks or so, and it only counts what I'm listening to through MusicMatch, so that leaves out the Karma or the regular stereo. Anyway, here's all the songs I've listened to three times in the last few weeks:

Earlier today I quoted an article that suggested it takes a smart person to watch the complexly-plotted television series of today. I generally agree with that, but here's the thing: he used 24 as an example. And, as tonight's episode clearly showed, the most active use of your brain when watching 24 is to figure out all the ways in which the show plays with time and space in ridiculous ways, just to get you on the edge of your seat. This is mostly because of the self-imposed 24-hour time frame of each season ... they can't waste any time, so whenever the good guys have to go somewhere, it takes a long time if that's needed, it takes three minutes if that's what's needed. Tonight they needed a lot of 3-minute trips, I guess.

And yet, just when you're thinking this is the most ludicrous episode since Kim met up with a cougar, Chloe starts blastin'! You go, girl! Who cares about ludicrous? Action Chloe rules!