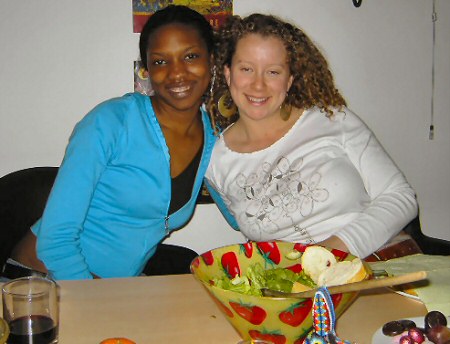 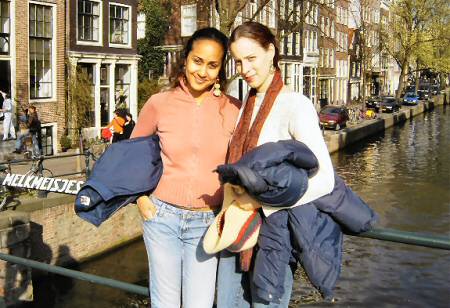 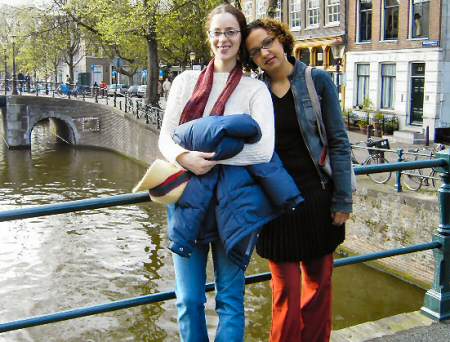 wireless at the ball park

My friend David Malone attended today's Giants game with me, and while we were there, he demonstrated the newest craze: going online at the ball park via wireless connection: 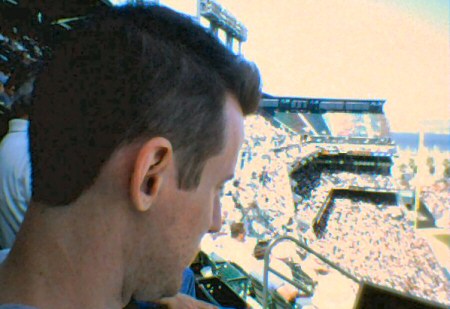 Quickie post before I leave for the Giants game, for that guy who likes when I talk about the Earthquakes.

Based on yesterday's 1-0 win for the USA over Mexico, and general play over the past few years, I think it's time to thank Ronnie Ekelund for his contributions to the Quakes' MLS Cup wins and put him on the bench. Landon Donovan needs to play in an attacking midfield role for San Jose, and Brian Ching needs to start up front with DeRosario.

steven to fbi: bite me

If the government is reading this: hey guys, fuck you!

P.S. to government: fuck Bush too, while we're at it!

A good article about the Invisible Adjunct, perhaps esp. appropriate since I just "passed" the interview that made me a member of the American River College Adjunct Pool.

i can't take it anymore

No, I don't mean watching the Giants lose. I mean going through all of the Rock and Roll Hall of Fame inductees one by one to examine an uninteresting point about their career trajectories. My theory is true, even though it's also mostly meaningless: rock and rollers peak early in their career, usually by their mid-30s at the latest, and there are very few rock and rollers who continue to get better throughout the aging process. Anyone, like that guy in the Buffalo newspaper, who tries to tell you these folks get better with age is wrong.

Since 1991, 96 artists have been inducted. The vast majority clearly and obviously fit my theory just like all the ones I've already posted about. Only a handful are even worth discussing, and in many cases, I already have discussed them somewhere in all these posts: Paul Simon, Bonnie Raitt, Bruce Springsteen, Neil Young, Johnny Cash, Tina Turner. That's six possible out of ninety-six, and to be honest, none of them are outside my theory. Lucinda Williams is the exception that proves the rule. And maybe Emmylou Harris, and maybe that guy from Giant Sand that Charlie mentioned. And I guess if someone wanted to make a case for Sonic Youth, I wouldn't argue.

Like I say, I don't know what it means or why it should matter. We should still listen to aging rock and rollers, and there are plenty of great albums made by rockers in their 40s and 50s and maybe even beyond. I just wondered why it would be that rock and roll artists would peak early ... I don't know enough about other art forms, is this true of painters? Sculptors? Novelists? Poets? It's true of athletes, but there's no apparent reason why rockers' careers should be more like baseball players than like muralists.

I'll throw out one more name, a name no one has mentioned. Pops Staples was singing gospel music and playing guitar in the 1930s. In the early 70s, the Staple Singers had hits with "Respect Yourself" and "I'll Take You There." Pops was 57 years old when the latter was recorded. In 1975, when Pops was 60, "Let's Do It Again" hit the top of the charts. And even then they weren't done ... a version of the Talking Heads song "Slippery People" made #4 on the Hot Dance Music/Club Play charts in 1984, at which time, Pops was 69 years old. OK, maybe he didn't have a lot to do with the music by then, but what the heck, daughter Mavis was in her mid-40s.

I guess what I'm saying is this: if there is ever an award for Best Aging Process by a Rock and Roller, I think it should be called the "Pops" Award.

Goin' to the Giants game, gotta have tunes:

Do I really need to continue? Ballard and the Platters never topped their 50s work. Darin doesn't belong in the Hall of Fame, but in any event, he died in his 30s. Frankie Valli looks good on The Sopranos, but his best work was done with the Four Seasons, a group he left when he was 28.

That leaves the Kinks, the Who, and Simon and Garfunkel. The Kinks rank 43rd on the Acclaimed Music all-time artists list, with seven albums and six singles on the Top 2000 lists. The last of those came in 1971, when Ray Davies was 27 years old. They haven't made an album of note in at least 25 years.

The Who are #10 on the all time list. They placed nine singles and seven albums on the Top 2000 lists. The last was in 1975, when the band was all in their late-20s/early-30s. Three years later, Moonie was dead. The band's peak was clearly from "My Generation" through Who's Next. They haven't come close to matching that peak for 30 years.

That leaves Paul Simon, who's done better than most. Simon and Garfunkel, of course, broke up when the duo was in their late-20s. Simon's solo career had a nice early run (three ranked albums, three ranked singles through 1976), and then a true renaissance with Graceland, recorded when Simon was 45, and a nice followup a few years later, Rhythm of the Saints. With his Central Park concert just before he turned 50 years old, Simon looked like the rare rock and roller who maintained his peak throughout his later years.

Alas, his career has gone nowhere since then. He toured with Garfunkel, he worked for years on a Broadway musical that flopped, he recorded a "comeback" album, You're the One, that was nice but nowhere near his best work. Paul Simon comes as close as any so far to beating "the theory" ... he'd have done if for sure if his 50s and 60s weren't so devoid of interest. Still, depending on how you rate Graceland compared to Bookends, you might at least make a case that Paul Simon's peak came when he was 45 years old, which we have seen is pretty remarkable in itself.

Note: This is the second lowest total in show history, second only to the season 3 opener - "Mr. Ruggerio's Neighborhood." This low can be attributed to the fact that neither Silvio, Paulie nor Christopher had significant dialogue in the show. [Blog editor's note: this is interesting, since Christopher, or rather the actor who plays Christopher, wrote the script for this episode.]

This is getting kinda old, since every example seems to uphold my theory. Here are the 1989 inductees to the Rock Hall of Fame.

Otis Redding: Probably gets my vote as the greatest of all the soul men. Sadly irrelevant for our purposes here, since he died when he was 26.

The Rolling Stones: I've talked about them elsewhere in these threads. As great as any rock and roll band in history up through Exile on Main Street, occasionally brilliant for another ten or so years after that, mostly unimportant for the last 20+ years. Keef and Mick were 29 when they made Exile.

The Temptations: They make the Top 100 artists of all time list at Acclaimed Music, where they also get six singles and three albums in the Top 2000 lists. The last of these come in 1972. None of the Tempts ever managed solo careers that surpassed their work with the group.

Stevie Wonder: Wonder is #12 on the all time artist list. He places eleven singles and six albums on the Top 2000 lists. The last of these came in 1980, when Wonder was 30 years old. He began in the sixties, he was one of THE crucial artists of the seventies, he was only 30 years old as the 1980s began ... and for the last 20+ years, he's done nothing to compare to the excellence that was his peak.