There used to be a photo here called "lovebirds." I have no idea what it was ... it's gone now.

that's the official pick of the Rubi-O-lympics 2002!

(Jon Carroll of the Chronicle often writes about cats. Some people like those columns, some of us don't. He therefore warns people at the top of most cat columns: "here comes a cat column." I wonder sometimes if I should that with Buffy. Anyway, this is not a Buffy column.)

Last night on Buffy, Spike, also known as William the Bloody, an infamous vampire who has recently regained his soul, warned Buffy that she should kill him because she didn't know what he was capable of when he was in Bloody mode. Some of us are like that ... we imagine that we have this enormous power over the world, that we have to exercise extreme caution else we'll destroy that world, that we are at heart simply bad, and can't be trusted. People like me are mostly self-indulgent blowhards when we adopt this attitude ("look out, I'm gonna get mad, and then you'll see!"). Spike, it should be noted, is self-indulgent to be sure, but like Dizzy Dean used to say, it ain't braggin' if you can do it.

The thing is, I am not really the type of person who consciously does hurtful things. I have been that person at times in the past, and I suppose I'm still capable of it ... but mostly not. I keep an eye on myself, make certain I don't overtly hurt anyone.

But I'm so self-absorbed that sometimes I hurt people inadvertently. I lollygag around in my own little world, never imagining I could have any real impact on others, and I say and do stuff that reaches out beyond my little world and hurts folks.

I've been writing this blog for almost a year, and I'm solipsistically devoted to exposing myself in the process. But once in awhile, I talk about other people in this venue. I do this because they interest me, because I know some terrific people. But it's not good to treat the lives of others as just another anecdote for the blog. And the way search engines work these days, you can be certain that even a rarely-read blog like this one is searchable. You can be certain if you talk about someone, someone else will find out. And then the hurt begins, and all because I was all la-de-da about the lives of others.

So if you've ever been hurt by something on this blog, I apologize.

(P.S. This is my first blog entry written on our new computer. I couldn't live without my machine.)

It's always a sad moment in my house when a computer dies.

And yesterday, our HP seems to have bitten the dust.

Oh, there's a coupla things I can still try, but they're not gonna work. I managed to get into DOS and I could copy files onto floppies, which means I was able to save lots of text files, spreadsheets, and the like. What I can't get to is stuff like Outlook files (so if you're reading this, you should send me an email so I can have your email address again), a trillion MP3s, the 3-meg database of every CD I own, which I guarantee you took a long time to type in ... basically anything too big to fit on a floppy.

So the notebook computer is temporarily the family computer. HP Pavilion RIP. 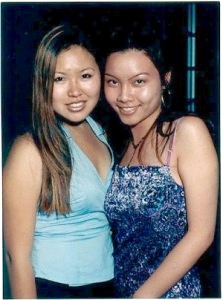 I had dinner tonight at a sorority.

It's some kind of tradition sororities have, a "professor dinner" where individual members invite one of their instructors to dinner. The sorority was ... I want to say Gabba Gabba Hey because I can't remember, but instead I'll look at the invite ... Gamma Phi Beta. One of my International Media students, Vivian Shin, invited me. It was quite nice ... Vivian looked at it as an opportunity to get to know one of her teachers outside the school environment, and she had a bazillion questions on every topic imaginable. I finally told her that I had this blog, and if she could find it, she'd find out more about me than she'd ever want to know.

So, welcome Vivian! You wanted to know your teacher, well, here I am!

What follows wasn't exactly a highlight of the evening, but it was easily the weirdest thing about the entire night. (I imagine right now all you readers out there are wondering to yourself just what exactly would constitute a weird thing at a sorority.) It's like this: they don't clap, they snap their fingers. Whenever someone says or does something that warrants applause, all the sorority sisters start snapping their fingers! It's the most bizarre sound, as if you were surrounded by a bunch of soft-spoken crickets. Here I thought the Greek world was full of secret rites of passage having to do with blindfolds and body parts and a bowl of mushed-up chocolate pudding, and come to find out, it's all about the finger-snapping!

Thanks to Vivian for inviting me!

Here's a few more pictures from the graveyard. We're guessing, but it looks like our grandfather had a brother and a sister. To the left of his grave was this: 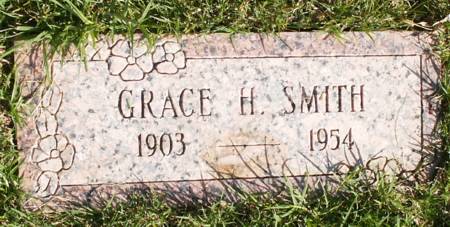 To the right was this: 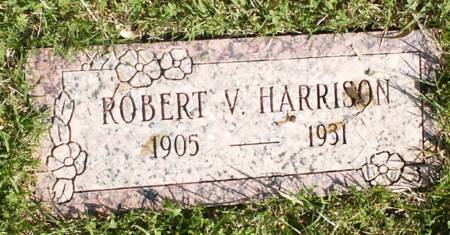 Here's how they lined up:

A lot of deer hang out at the graveyard (for further evidence of this, check out the grave of Robert Harrison ... that smudge on the "SO" isn't moss):

Finally, here's the view our grandfather would have if he could sit up: 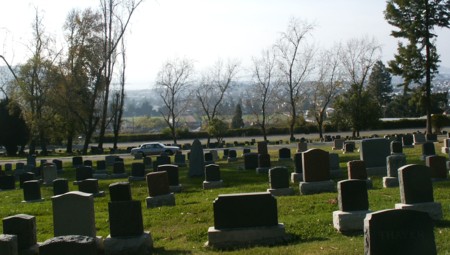 Dang, I almost forgot! We went to my grandfather's grave today ... here's a picture: 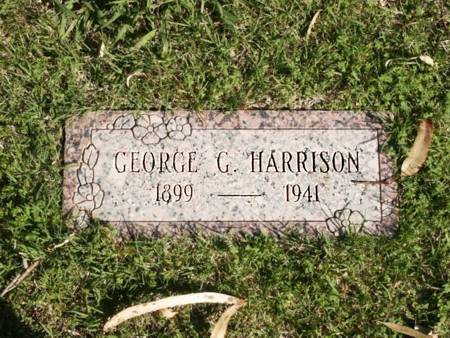 I haven't seen the new James Bond movie yet. I have seen all the others, though, if that makes me an expert. I love Michelle Yeoh a lot more than Chris does, but I wouldn't give Tomorrow Never Dies 8 on a scale of 10 in my most generous moments. Anyway, I just wanted to respond to Chris' Halle Berry comments.

I have to say, it sounds more like Halle Berry is miscast than she is a bad actress. When I read "You call that acting?!!" I anticipate some juicy rips on Berry's acting chops or lack of same. But there's not a single mention of her acting in Chris' post.

Now, not having seen the movie, I can't say if Halle Berry is any good in it. I like her acting OK, was happy she won an Oscar even though I wouldn't have voted for her, don't generally give her much thought. But she's in the movie for one reason and one reason only: so they can use the shot of her in the orange bikini in the ad campaign. She does that part of the job just fine. Expecting anything else from a James Bond movie seems a bit hopeful to me.

A few years ago, Robin and I watched them all in order, including Casino Royale. Remembering again I haven't seen the new one, here are Steven's fave Bonds:

As for another movie I haven't seen, Real Women Have Curves, I'll note that Chris' comments, which put "predictable" and "unbelievable" and "acting wasn't exceptional" on one side and "good message" on the other side, didn't make me want to see it very much. If I've got to choose between quality and a good message, I'll take quality.

And, to throw in a couple more items, at home we're watching Sports Night (it's more preachy than I remembered, just as good, though), and tonight we watched Lord of the Rings, which Robin hadn't seen before. This was the new extra-half-hour version that's part of the also-new 4-disc DVD. Won't matter much if you didn't like the movie in the first place, but the picture quality is the best of any DVD I've ever watched; it becomes the new "stick it in the machine to show off our teevee" disc of choice.

Fallen Angels: lesser Wong Kar-Wai
The King Is Alive: lesser Dogme
Notorious C.H.O.: see above comments about quality and message. Her heart is in the right place, her message is a good one, but with this film, just like the previous one, she's not really very funny. Her timing is crappy, is what I think is the problem. Love her Mom routines, though.
The 'Burbs: I don't get contemporary comedy
Powerpuff Girls Movie: Good for fans; I am one
Dog Soldiers: Obscure recent Scottish werewolf movie, plenty of homages to the Evil Dead films, great gory fun

Ok, as the family knows, Karen is in Spain for 10 days, and this is one of the ways I am very much like my brother Steven: when our partner is away, we don't know what to do with ourselves! So, my friends have been taking me to movies to occupy my time. The latest? Die Another Day, the new James Bond movie. I have a friend I go to see "action" films with, because of course Karen is really not interested. Can't say as I blame her, and sometimes I even scratch my head that I'm interested in James Bond movies, but I've seen quite a few, and I'm a Pierce Brosnan fan from his days as Remington Steele, so I've seen all of his Bond movies. I'm not a Bond expert... probably shouldn't even attempt to review this film in the long line of Bond movies... so instead, I'll use this review to talk about Halle Barry.

You call that acting?!!

Oh my god, she is really bad in this film, and I can't imagine why anyone would consider her for future films as the female James Bond. First of all, she weighs all of about 100 pounds, and that woman has absolutely no muscle definition whatsoever (first I wrote "no muscle," but I'm sure she has some in there somewhere). I didn't believe for one minute she had the strength to do any of the stunts she pulls in this movie, including giving a right hook to anyone that would do any thing but tickle someone's face. In one scene, she does a Michelle Yeoh-like back-flip from her feet (now Michelle Yeoh could be a future female James Bond), and when she flips to avoid being kicked, the double being used for Berry does have muscles, and they are obvious, and it's impossible to suspend belief that the double is even close to resembling Berry. Furthermore, why she is featured on the poster is beyond me (ok, never mind... I know why she is on the poster). However, she only has about 10 lines. Madonna appears in a non-credited cameo, and Madonna has nearly as many lines in one scene as Berry has in the entire film. And Madonna has muscles!

Ok, I've never really had an opinion of Berry before.... glad for her she won the Oscar last year, and I'm sure she has some talent. But she doesn't display it in this movie. Overall, I give the film a 6 out of 10; for comparison, I gave Crouching Tiger a 10 and the Michelle Yeoh Bond flick, Tomorrow Never Dies, an 8 out of 10.

My friend Susan and I went to see Real Women Have Curves last night, and it is definitely a movie both of us would recommend, though she liked it a bit better than I did. It's certainly terrific to see a women-centered film telling the story of a Mexican-American family in East L.A., but the story line was a bit too predictable (and unbelievable) in a few places, and the acting wasn't exceptional. But the primary message of women appreciating their bodies no matter what shape they're in is certainly a good message to convey, and the men in this movie.... well, their reactions to it all were in part what I considered to be rather unbelievable, but I was glad to see them rise to the occasion on more than one occasion. I give it a 7 out of 10; for comparison, I also gave Monsoon Wedding a 7 out of 10.