Woke up this morning, and stuck my tape of last night's Conan O'Brien show on right away.

Sleater-Kinney sang "Step Aside." It was good enough ... I doubt anyone seeing them for the first time was saying "damn, Steven's right, this IS the greatest band!", but it was fine. They left out the canned horn section. Mostly it was just a blast because here's these musicians I've seen eight times over the past 4+ years (heck, I've seen them three times in 2002 alone!), and they're such indie queens of rock and roll that they always seem like "real" people and not rock stars ... shoot, I've had dinner with Corin! ... and there they were on teevee! Even Robin, who isn't much of a fan even though I've made her go to two S-K concerts herself, was all "dang, look at that!" in that same kind of "they're on teevee!" way. Reminded me of some months ago, when Sara called me on the phone to tell me that Sleater-Kinney and Bruce were both in the latest issue of Rolling Stone ... turned out she hadn't ever really realized that anyone except her dad was actually listening to S-K.

Corin didn't do any hip-shaking stuff, but she did do the back-and-forth-hair-swing thing with her head. For those of you who might have watched and were seeing them for the first time, those little moves constitute a huge step forward for someone who used to just kinda stand there belting out tunes. Carrie did a coupla patented leg kicks. Janet (sigh) had on a long-sleeved black shirt for a change (the change was in the sleeves, not the color ... I've never seen her play in anything but black tee-shirts, although in pix where she's not drumming she wears actual colors). Being the Janet Geek that I am, I almost wish they'd played "Hollywood Ending" for the drum solo, but she was great in any event.

Conan came out after the song to thank them, and WOW! Conan is a pretty tall guy, it's true, but still ... after four years of seeing the three of them together and thinking they were all pretty much as tall as the next person (which they are, it's not like they're short, but when Janet has stood next to me, she was a few inches shorter than me, for instance), here comes Conan, all 6'4" of him, and MAN did he tower over the grrls or what? They went to commercial, and when they returned, the show was over, but the women were all sitting on the couch and when they rolled the credits, they all waved at the camera and you could see Corin mouthing "hi Marshall! hi Lance!" which was pretty cute.

All in all, it was pretty inconsequential in a lot of ways, but in the one most fundamental way it was huge: Sleater-Kinney on teevee!

Sleater-Kinney are on Conan tonight!

Completely Out of Touch Department:

The National Organization of Women has released their "2002 Feminist Primetime Report" on American television programs. Their mission is "promoting positive and diverse portrayals of women and girls in the media." They graded the various teevee shows for ... I guess you could say the pro-women content of the programs. As an example of the range they are working with, Judging Amy gets an A+, WWE Smackdown gets an F.

Why did I start writing this thing, anyway? (For those who have forgotten, I began on January 6th.) I have no idea, beyond wanting to hear myself blather. I certainly didn't imagine a readership. And I don't have much of one, in any event.

Having said that, there are a few readers out there. I'm not always aware of them, but if I think about it, I realize there's an audience. One way to find out about that audience is to attend a family get-together, as I did yesterday afternoon (pictures here), and eavesdrop on the conversation from some of my "fans." Another way is to do what I did last night after the World Series had ended, turning the blog into an all-black affair suitable for mourning. I heard from enough people to know that the blackness made its point.

So how many people *do* read this semi-regularly? I don't know, let me count ... probably half-a-dozen everyday readers, another half-a-dozen occasional readers and/or lurkers.

Whatever. I'm back, after a 24-hour vacation. I just finished watching Y Tu Mamá Tambien ... I give it the rare ten on a scale of ten, and will try to remember to write something about it in the next day or so. Thanks to everyone for the messages of sympathy.

The Giants split two games on the road to start the seven-game series. After losing Game Three at home, they rallied to win twice, putting themselves up 3 games to 2, meaning they only had to win one of two games on the road to win the series. As the fans left the home park after the Game Five win, we felt confident that our time had finally come. But the Giants proceeded to lose the last two games, and the season was over.

It was 1987, and the opponents were the St. Louis Cardinals.

And now the Giants are 12 outs away from the same thing happening again. And, of course, they've had to create history in the process, as they did in the 1989 World Series when they suffered perhaps the biggest trouncing in Series history (losing all four games, never leading at any point in any game, which has only happened two other times in history, with an earthquake thrown into the mix). As the Angels came to bat in the bottom of the 7th inning of Game Six, down by a score of 5-0 and three games to two, just nine outs from losing the Series to the Giants, they were up against history themselves: no team in baseball history had ever won a "do or die" World Series game after trailing by five runs. So naturally, they won, allowing the Giants, already holders of the Worst Trouncing in World Series History, to also take the title of Biggest Choke Job in World Series History.

you don't have very far to go 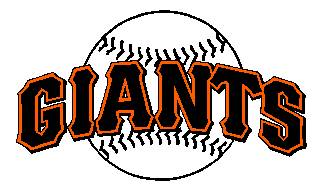 There was a woman I knew long ago named Debi. I met her when I lived with my brother in Capitola, and we got to be better friends later when I moved to Bloomington, Indiana for a year ... she lived there, too. After coming back to California to go to school, I returned to Bloomington for about a month in December of '72. A bunch of us stayed with friends Greg and Sandy, who had a pretty big house. Debi and I and another guy named David would sleep in the living room; my ex-girlfriend Pat had her own room; and, of course, Greg and Sandy had their own bedroom.

Debi was an interesting person, but she was also quite probably clinically insane. This meant that sometimes she was kinda off in another world, but it also meant sometimes she said just the thing that everyone was thinking, when the rest of us were silent out of some notion of social propriety.

I can still remember, some 30 years later, an evening when we'd all had a fine time getting fucked up and doing whatever it was we did back then. Greg and Sandy headed off to bed. As they closed the bedroom door, Debi looked after them with longing and said, "just once, I'd like to be on the other side of that door."

I thought of Debi tonight, as I watched the Giants blow the World Series.

My daughter Sara got to see her favorite musician last night, Caetano Veloso. Hope she doesn't mind if I quote from an email she sent me after the show:

Well, I thought it was intermission when it was over, and I didn't get to say "you have helped me through all of the hard times in my life, and I have listened to only you for weeks at a time.The show was great, however, and we did get to go backstage as the last group of ten or so in a round of about 30-45 people. And so I said, "muito prazer." and then, "you have been an inspiration, thank you so much" and then I followed up (did I mention he is the man of all men, and he's even a man's man like Jonny Depp...) "I hope you enjoy your dinner because they told us you hadn't eaten yet on account of us." Christine chickened out. I almost did. 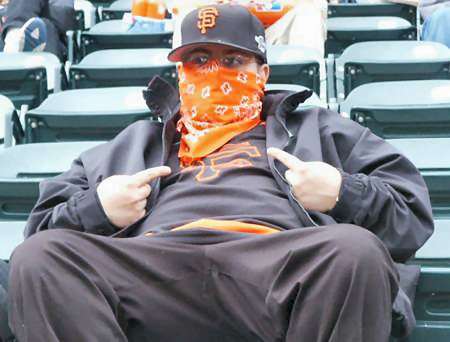 Hey now, hey now, hear what I say now
Happiness is just around the corner

My friend Charlie once told me he thought I wrote better obituaries than anyone he knew. If true, it's an odd and unfortunate talent, to be sure. You write about someone who has touched you; you know they will never see what you've written. You might be pouring your heart out to the person, but only their survivors will read what you've said. The answer, I suppose, is to write about the person while they're still around to read it. But I can't accept the possibility that someone I care about won't be here forever, and so I wait until after the fact to say anything at all.

Which is an utterly lame explanation for why I'm saying this and no more for the time being: I just got an email from someone I've known almost my entire life, someone who matters to me. They have Stage IV cancer. And there's nothing more I can write for now, because I can't accept the possibility.