Checking in with my brother Steven through his blog, thinking I was going to comment on a movie review he wrote a while back, but now find I want to add my two cents to his most recent posts about "stealing" music on the Internet. It doesn't really surprise me, but my brother and I agree on this one whole-heartedly. Of course, we listen to different music, so my "Sleater-Kinney" is Jennifer Berezan or Cris Williamson, or any of a number of women's music artists whose music I buy but won't copy and share. Just last week Karen and I went to hear Jennifer Berezan at the Palms here in Davis, taking our friend Mary with us. Berezan has a new CD out, which I bought at the concert, and then I bought Mary one, too, as a birthday present. Yes, I could have easily gone home and made a copy of my new CD, but Jennifer Berezan needs the money from the sale of the CDs, and I want her to continue to make music. Like my brother Steven, I feel comfortable "sharing" music from the successful, money-making artists but won't copy more than a single song from those artists who need our money.

Ok, back to my original thought for a post... again, not too original, but after reading Steven's review a few weeks ago of Lantana, we rented it and finally watched it last night. It was a solid film.... really good acting and believable, intriguing characters. That's two Rubio's thumbs up for those of you looking for a movie to rent!

I can't say I have a consistent position on MP3s, bootlegging, etc. I take each case as it comes. Certainly I have hundreds, actually probably thousands of songs that I've downloaded, usually one-shot items, oldies I'll never find anywhere else, or just that one song by some act whose other work doesn't interest me. I also buy CDs (and before that, tapes, and before that, vinyl ... I'm 49 years old, I've had lots of opportunities to buy them all!) ... I've got close to 1000 CDs now that I paid money for. I even have a few albums that I've burned from MP3s, the large majority of them albums I once bought on vinyl/tape. In any event, I "steal" music just like lots of people do nowadays. I don't have any real stance on this ... if the lead singer of the Silhouettes came up to me today and said "I see you've got a stolen copy of 'Get a Job" on your computer, how about giving me $5," I'd do it, but of course I'm not likely to run into the gentleman, if he's even alive.

Then there are artists like Bruce Springsteen, who have made hundreds of millions of dollars over the course of their careers. I've bought every official album Bruce ever released, some of them three times. I've also bought his videos and DVDs. And I've paid to see him in concert close to 30 times. Suffice to say, Bruce has gotten a lot of my money. I also own dozens of Bruce boots, and I am happy to spread the wealth and give Bruce boots to others. And it doesn't bother me to do this.

Ah, but then there's the Sleater-Kinneys of the world. To my mind, S-K operates in a different context than acts like Bruce. They make what appear to be conscious efforts to distance their art from the mainstream, which is not to say they are outside the commercial music world. But there are lots of things S-K could do that would increase their popularity but which might also compromise, to whatever extent, their artistic freedoms, and for the most part (not always, but generally) they err on the side of art rather than commerce. One result of this is that they aren't rolling in dough ... I remember interviewing Cadallaca (not exactly the same but close enough) for Punk Planet, and of the three band members, at the time only Corin could even make a living solely through her music. Because Sleater-Kinney do not operate in quite the same economic landscape as Bruce Springsteen (I keep using him as an example because he and S-K are my two fave musical acts), I assume they need my financial support more than other, more flush, acts.

So I have bought every S-K album, even the ones where I got pre-release review copies. I've attended 7 or 8 of their concerts, and at each show, I try to buy a shirt or a button or whatever. And while I would make a copy of an S-K boot for a friend, if they wanted one of the official releases, I'd say "go buy it, they deserve and need the money."

All of which is a long-winded way of saying it depends on the context, for me at least. I admit that I "steal" music online, but I also admit whenever I see entire S-K albums for download on Usenet, I feel bad. And even then, if One Beat showed up online, I'd download it in a second, so I could listen to it until the official release, which I'll then happily buy as my part in supporting one of the greatest musical acts in my lifetime. 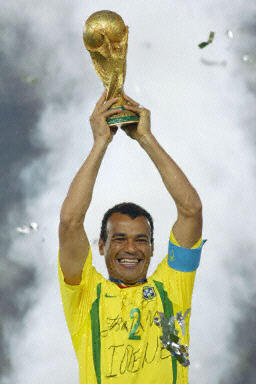 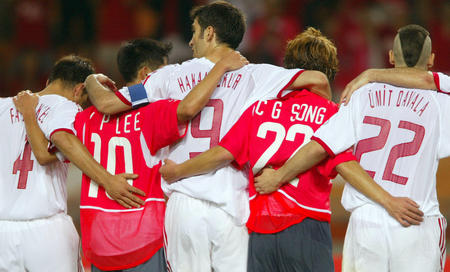 What a revolting piece of shit.

(Here is a Letterboxd list of Film Fatales movies.)

In January of 1981, a friend and I played hooky from work on Reagan's first Inauguration Day to attend a Punk Inaugural Ball at the Mabuhay, headlined by a drag band called Sluts-a-Go-Go. It's been more than twenty years, but one thing from that night still sticks with me, when the Sluts sang "Aquarius/Let the Sunshine In" while incense burned. There I was, in a punk club at the dawn of the Reagan Era, listening to men in drag sing a Broadway version of hippiedom, and I'm not much for irony, for that matter ... in any event, I felt one with the band and the crowd, I wasn't alienated from America in that moment, I was as close to Hippie Community as I'd ever been in the actual hippie days, and I started to cry at the ridiculous wonder of it all.

Last night, Pink sang the words you can read down below from "Just Like a Pill," while a gazillion screaming 14-year-old girls sang along at the tops of their lungs, and on one level, I belonged there about as much as I'd belonged at the Mabuhay so many years ago, which is to say, not at all. In 1981 I was neither a drag queen or, if I'm honest, a punk ... I was a factory worker with a wife and two kids. In 2002, I'm not 14 years old, I'm not a girl ... I'm a Lecturer at a prestigious university, my kids are both enough older than Pink that they weren't interested in attending the concert. But I started singing along, too, and got more than one tear in my eye as we all sang:

The opening act, an all-woman thrash band named Candy Ass, wasn't much, but they set the tone for the night when the lead singer asked the kids in the crowd if they'd like to be up onstage with the band. The kids all screamed yes, and the singer said "well, a couple of months ago, we were like you ... we were in the crowd. We played a show in L.A. with about 20 people in the audience, and they all hated us, but Pink was at that show, and afterwards she came up to us and asked if we'd like our dreams to come true, and when we said yes, she invited us to come on tour with her. So Pink, thanks for helping make our dreams come true."

She sure seemed to be speaking for most of the people in the audience with that last sentence.

As for the star herself, like the Sluts-a-Go-Go, she had a sixties fixation going that was hard to fathom. Where did it come from? She sang a medley of songs made famous by one of her greatest influences, Janis Joplin, and it made sense ... Pink would be an excellent choice to play Janis if that movie gets made in the next five years ... but you had to wonder, how did Janis, who died more than a decade before Pink was even born, become an influence on Pink?

The show had many highlights ... the funnest one came during "Respect," when Pink had the girls in the audience screaming "yeah!" every time she said "ladies" or "sistas" (she said she didn't want to leave the guys out, so she was going to offer us the chance to have the thrill of a lifetime for 3 minutes 20, the chance to be female ... we could scream, too) ... the oddest one for me came with the final song of the night, "Don't Let Me Get Me." This was the anthem all the girls had been waiting for, and seeing and hearing them sing along to this complex song was bizarre. What does it mean when a bunch of kids happily shout out "I wanna be somebody else"? The closest thing I can think of is when the audience would sing along with Johnny Rotten's "No Future!" ... as if in the act of proclaiming our nihilism, we were expressing our love of life. Except I don't ever remember wanting to be Johnny Rotten, while I think a lot of people in that audience would have been happy if the "somebody else" they got to be was in fact the woman who introduced those words to us in the first place: Pink.

Back in early February I wrote the following:

This album is really good: 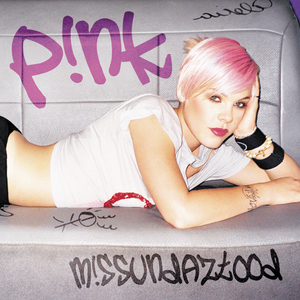 Tonight I'll see if the live show is really good as well.

Where I'll be tomorrow night ("The Great Pink Hope").

One last picture before the next batch of games begins: 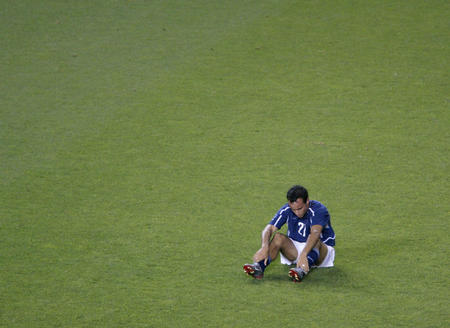 We were watching The Right Stuff tonight, and one thing the film gets right is the amount of love and hysteria that surrounded the astronauts in those days. As evidence I offer the above 7" record, a copy of which my grandmother had when I was a kid, and which I loved to listen to over and over. It consists mainly of conversations between John Glenn and "Mission Control" as he orbited around the Earth. These conversations, largely unintelligible, fascinated me. I have no idea why, nor can I really remember anymore what I liked about them. I only know that I played that record many times back in the day.