"Freedom's just another word for nothin' left to lose."
-- hit song by some dead person

snapshot of life at the moment

Q: What is your deepest shortcoming? A: I'm self-absorbed. And I don't care. [Elaboration: That's two.]

From in lieu of radio:

According to the Google Usenet archives, here's what I was watching on teevee three years ago:

late for the sky

There's a scene in Taxi Driver where Travis Bickle is watching American Bandstand on teevee. The kids on the screen are dancing to Jackson Browne's "Late for the Sky." Everytime I see that scene, I think, "in what alternate universe did they play Jackson Browne on AB?"

As for Jackson Browne, remember the immortal words of Tonio K.:

Tonight we went to a book reading given by my friend Joel Schalit for his fine new book, Jerusalem Calling (available from Akashic Press). Joel was in his usual excellent form, and he chose his reading well.

There's a long section in the book about "selling out" and 90s punk rock that is very on target (an early version is online: "Just Say No to Rock and Roll"). On a similar topic, recently on the Sleater-Kinney mailing list there's been a discussion of college radio playlists. One person noted that their station has "a strict indie ethos, nobody even slightly connected to majors, labels distributed by majors, etc. gets played." I asked, "So you don't play PJ Harvey, even though I'd bet her music would fit in very well at your station, not because of the music, but because of the label she records for?" Another person chimed in: "Yes, God forbid an aspect of the music industry run based on politics instead of aesthetics or good taste."

It's an interesting argument, but it's also an old discussion, as Joel's writing makes clear, old and perhaps at this point tired. God forbid, after all, that someone make a political statement that is also aesthetically powerful. I listen to a lot of political radio; I also listen to a lot of political music. Generally, when I want to hear politics, I listen to people talking politics. Sometimes I listen to music that has a political appeal, but if it is completely lacking in aesthetic appeal, I doubt I'd ever stick around long enough to hear the message. I do not believe, for instance, that London Calling, the Clash album that inspired the title of Joel's book, an album that appeared on a major label, presents bad politics just because of the label. First and foremost, speaking aesthetically if not with good taste, London Calling is a great album, once I can still listen to with pleasure more than 20 years after the fact. But some would still argue that only the purest indie ethos can inform proper politics. I recommend Joel's book as a nice antidote to that kind of thinking. And Joel's book covers so much more ground than just indie rock, it's quite amazing. 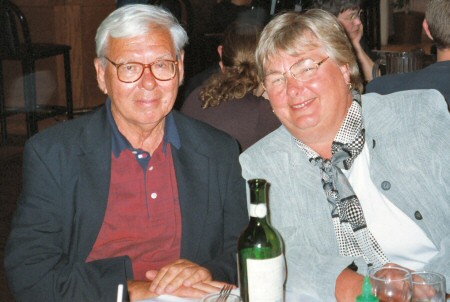 Two years ago tonight, we went to dinner with some friends visiting from Ohio, Owen Mock and Carol Calhoun-Mock. It was the last time we saw them; later that year, they died in a car accident. Carol remains the best friend I ever made online, and Owen was the perfect partner for her. Here are pictures from our dinner.

I rented Wet Hot American Summer from Netflix. I don't know why. It was putrid.

i threw it all away

I never gave anything up for someone else; no one else is to blame for who I decided to become. No one else held me back.

"I must have been mad, I never knew what I had, Until I threw it all away." -- Bob Dylan

I wrote this yesterday, blogger seems to have disappeared it:

Today [ed. note: this would be Sunday] [hey, someone might need to know someday] we went to the 50th wedding anniversary of some friends. Robin and I wondered, when we get to our 50th, who will be in attendance? One of the couple's old friends told a few funny stories about them; who will tell funny stories about us, and what will those stories be? Someone played a song on a boombox that was "their song," and the couple got out and danced a few steps; what will people think was our song? Anyone reading this who wants the answer to these questions, drop me an email in 2023 and I'll invite you to the party.

kiss of the dragon

I started my new class today:

Watched Kiss of the Dragon tonight. Coupla great fight scenes, Jet Li is cool, movie stinks. I give it a five on a scale of ten.